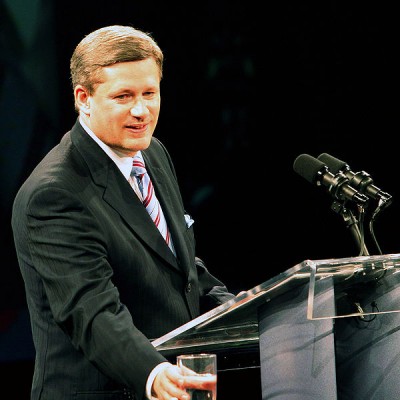 There is no shame for the American National Hockey Team.   They fought mightily, but Sidney Crosby did what you expect the best player on a team to do. He won the game for Team Canada in Overtime.  Final Score 3-2 – shots on goal were 39-36 for Team Canada.  Roberto Luongo; Montreal area native, […]

It’s show time.  Today is where we separate the men from the over priced poofy NHL floaters.    Today is not a game 7 Stanley Cup game; it’s not even close; but it’s good practice and as far as some great players who play for not so great teams may ever get. All of the […]

ROGER SAUVÉ – Life Trends – Facts And Figures That Matter To You – Income, savings and debt … and pets

ROGER SAUVÉ – Life Trends – Facts And Figures That Matter To You – Income, savings and debt … and pets For the last 11 years, I have prepared a rather unique report on the Current State of Canadian Family Finances. I do this on a contract basis for the Vanier Institute of the Family based in Ottawa. […]

Food for Thought I attended the Canadian Organic Conference Gala Evening Friday, February 26th; an evening which has traditionally kicked off a Saturday of workshops, lively conversation and information pertaining to Organic and Sustainable farming practices.  It actually has the flavour of a country social where old friends and new gather to eat, laugh and share. […]

A massive 8.8 earthquake has ravaged Chile.   The entire centre of the country has been declared a disaster zone.  The quake lasted almost two minutes and was felt away as 3,000 kilometres. Over a dozen after shocks have been reported. Older buildings have taken the brunt of the damage, and there’s been lots of […]

Our condolences to the family of Marie Osmond whose son Michael Blosil leaped to his death from a Los Angeles apartment.  A suicide note was found. LINK Michael, who was 18 and is one of Marie’s eight children, died after jumping from his downtown Los Angeles apartment at about 9 p.m. on Friday night. He […]

Cornwall On – Today the SD&G Food Council hosted a workshop on an SDG local food movement at the Ramada Inn in Cornwall. The event was organized by Tom Manley of Homestead Organics and was funded by the SD&G Community Futures Development Corporation (CFDC), represented by Gay Hamilton. The keynote speaker for the event was Dr. Wayne Roberts. […]

Making an airline work in these times isn’t an easy feat.   You have to give credit to any company that can struggle facing the adversity of today’s marketplace. Porter Airlines has done just that and now is battling Air Canada for the rights over Toronto’s Island Airport.   Air Canada is suing for the […]

SD&G Food Council Workshop, 26 February 2010 by Reg Coffey Cornwall On – Today the SD&G Food Council hosted a workshop on an SDG local food movement at the Ramada Inn in Cornwall. The event was organized by Tom Manley of Homestead Organics and was funded by the SD&G Community Futures Development Corporation (CFDC), represented […]

Habs goal tender Jaroslav Halak opened a lot of eyes at the Olympics.   The plucky late round draft pick who’s been fighting to be the number one goalie for Montreal over 1st Round heir apparent Carey Price put up some amazing performances in the bright lights of an Olympics played in Canada. Last night […]

The body of Andrew Koenig, son of Star Trek actor Walter Koenig, was found in Stanley Park in Vancouver British Columbia Canada in an apparent suicide.    Walter Koenig flew to Vancouver from California to participate in the search for his son who had gone missing. LINK Andrew Koenig had appeared in the long gone […]

The Stars of Coronation Street turned out to say goodbye to Maggie Jones who played Dowager Blanche Hunt with zest and venom to the end. Click this LINK or the photo of Simon to see the stars at the funeral and read the full story. Jones won several comedy awards for her portrayal of the […]