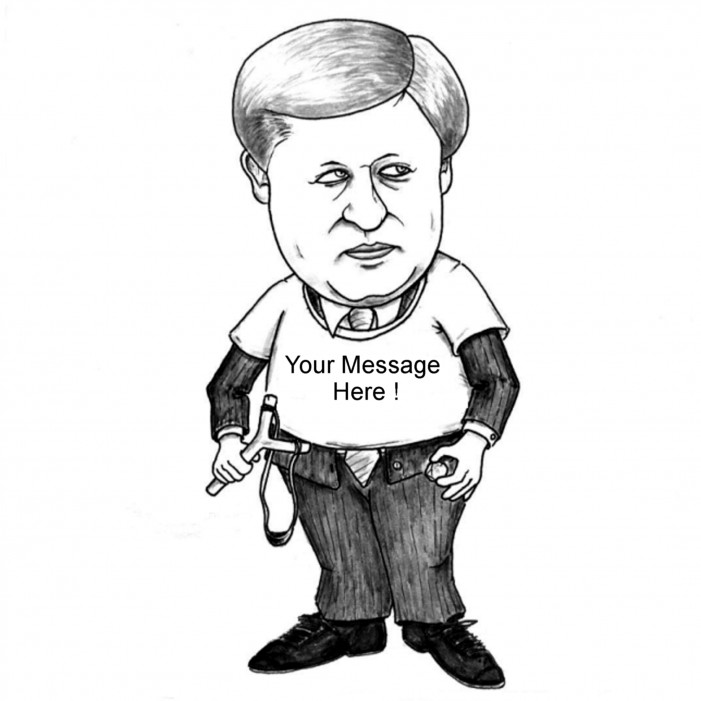 Cornwall ON – Jay Schwartz, the man behind the Throwayz’ cartoon strip here on Canada Free News is now venturing into Politics!   We’re going to have fun with his first offering by letting you suggest the caption. The winner will get a signed copy and credit for the caption as well!  You can post […]

Cornwall ON – The Science and Nature Speaker Series has a local interest this month, with guest speaker Rik Saaltink, from the Seaway International Bridge Corporation. On April 13 at 7 pm, Rik will give a presentation at the Cornwall Public Library entitled, “The North Channel Bridge: Past Present and Future”.   Rik will talk about […]

Cornwall ON – They say that Politics is a blood sport, but this election seems to be amping up much more so than the usual. As I sift through emails and phone calls today I’m hearing a lot of chatter about the Green Party.   While I’m sure Elizabeth May would rather get buzz on […]

Cornwall ON – It’s not everyday that a local athlete gets a chance to compete at the highest level of their sport and that’s exactly what Christina “Corky” Julien is about to do, but she like most Canadian athletes need your support to help make that happen. The Cornwall Golf and Country Club are helping […]

Letter to the Editor – Mr. Eugene Parks of Victoria BC on Nuclear Safety and the Harper Government – March 30, 2011

Dear Editor, What does the nuclear crises in Japan, Chernobyl and our federal election have in common? Mr. Harper’s administration has been responsible for Canada’s Chalk river nuclear facility, which had two Maple reactors that were unstable during normal operation plus a fifty year old reactor that was 20 years beyond its expected lifespan. During […]

Cornwall ON – Andrei Kostitsyn notche an empty net goal to bury the Atlanta Thrashers and end the Habs three game losing skid.  Could you imagine how many more points he’d get if he could get his average shots per game closer to 3? Matt Darche notched his first goal in a while with Roman […]

Cornwall ON – 38 city, fire, and police staff made the Sunshine Club in Cornwall Ontario.   Municipal Employees earning in excess of $100,000.00 per year have their salaries published. The list is significantly lower than last year as there were arbitration settlements with a large amount of staff. The total salaries for the 38 […]

What is going on in Canada? Elizabeth May Blocked From Televised Leadership Debates..Again – March 29, 2011 – Cornwall Ontario

Cornwall ON – I just don’t get it?  Do you?  Apparently Elizabeth May is being banned from the Leadership debates…again….and so far there’s been nary a peep from the Federal Leaders. Could Michael Ignatieff, Jack Layton, or Gilles Duceppe ever look at a female voter again if they don’t stand up for Ms May? Certainly […]

Letter to the Editor – Bonnie Paulin of Cornwall Ontario Not Happy With Hospital Care – March 29, 2011

I am writing to express my sheer horror at the state of our town’s health care system. My father was recently admitted to the Cornwall hospital. This 79 year old man has contributed 60 years of hard work and taxes to the community, during which he rarely fell ill or required any health care. . […]

Cornwall ON – Money Sense Magazine comes out with a yearly ranking of 180 cities across Canada. They base their rankings on a variety of factors; Household income, new cars, weather, job prospects. It’s all pretty interesting. This year Cornwall Ontario finished right smack in the middle of the pack at 90. That’s not so […]

Cornwall ON – Have you ever wondered if that anonymous voice whose words you’re reading is real or not?  Or no matter how badly you’ve proven them wrong they keep spinning back the same BS?   Maybe this could be why? I’m not sure how much it pays, but this is the first Canadian Federal […]

Cornwall ON – Click the MIKE above or the LINK below to listen to The Political Round Table on Seawayradio.com Tuesday morning starting at 9:00 AM.   Join pundits Joe Gunn & Denis Sabourin as we start to tackle the Federal Election and keep you up to date on what’s going on around the world! […]

“The Earth Matters Exhibit” April – May 2011 in Cornwall Ontario

Cornwall ON – Artwork“celebrating the majesty of the earth, the challenges she faces, and how we can be better friends to our living earth.” will be featured at Cornwall Square, Cornwall Public Library, Seaway News Windows and Fused Elements in the city of Cornwall, Ontario throughout the months of April & May by our Area Students […]