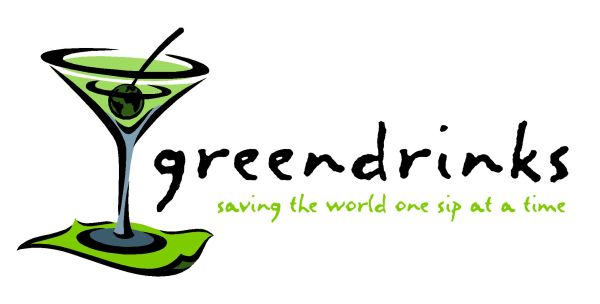 Cornwall ON –  The Glengarrian Pub & Restaurant, Sydney Street, is the new host for Green Drinks Cornwall. Starting Tuesday August 9th, the event will take place at 7pm on the 2nd Tuesday of every month. Green Drinks is an informal night out for anyone who cares about the environment and a transition to a […]

Making Goals and Living in my own Skin – Birthday Epiphanies by Jamie Gilcig – July 31, 2011 – Cornwall Ontario

Cornwall ON –   Tis my Birthday today.    I turn 47  which means I’m another year closer to the big 50.   A very wise person once shared with me that certain days are great opportunities to take a step back and look at the big picture. Where I am today, where I want […]

Cornwall Free News Still Number One in our Market – Still Growing – Thank you to our nearly 60,000 Viewers for July 2011!

Cornwall ON –   Hey Cornwall, you really do love us!   Or at least read us.  Congrats on becoming our number one city this month edging out Ottawa which has usually dominated the number one spot.   Of the nearly 60,000 viewers of the Cornwall Free News in the past 30 days 28.14% of […]

Harper government divide and conquer – stirring up the language pot from the Nation’s Capitol – July 30, 2011 – Editorial by Jamie Gilcig

Cornwall ON –  The Harper government seems to be tinkering with its divide and conquer policies in Canada, this time doing in our Nation’s capital, Ottawa.    Media reports state that the Federal government has hired secret shoppers to see if businesses are serving consumers in French. While I 100% support people being served by […]

Cornwall ON – Mario Armando Lavandeira, Jr., better known to the world as Perez Hilton.    It’s interesting.   As a struggling actor with a very large forehead he decided to take his passion for nasty gossip to the internet and built a fortune on the back of scribbles over celeb photos and the hypocrisy of […]

Meatloaf down, but not Out after Collapse during Pittsburgh Concert

CFN  – Michael Lee Aday, better known as the singer Meatloaf collapsed on stage due to an asthma attack in Pittsburgh.  Midway through his hit “I’d do anything for love” the 63 year old legend and baseball fan collapsed on stage for nearly ten minutes before being revived and finishing the show for his fans. […]

Cornwall ON –  We’ve confirmed that a Cornwall City bus was attacked overnight Thursday.    A single youth was reported to have thrown a patio stone that hit near the rear passenger door. The incident happened near the corner of Sydney and Second close to the Cornwall public library. The late bus is for factory […]

Your City Hall Bulletin for Cornwall Ontario for Friday July 29, 2011

Cornwall ON –  The Sounds of Buskerville took Cornwall by storm last year.   Well maybe not storm, but definitely a strong Summer breeze which should be accompanying the musical event of the season here in Cornwall; at least for some of the many local performers! Pitt Street between First Street and Third Street will be closed to vehicle […]

Cornwall ON –  Courtesy.  I know; we all think we’re courteous, but are we really?   Is it a dying thing?  Do you ever hold the door open for someone?   Do you have let someone ahead of you in line or give up your seat? Do you drive courteously?   Do you treat your […]

Cornwall ON –   We here at The Cornwall Free News got a jump on the debate season and had the opportunity to host an All Candidates Debate for the upcoming Ontario Provincial election at The Best Western Plus Parkway Inn & Conference Centre in Cornwall Ontario.   We asked a series of six questions of […]

Tell me why…Oh Great and Powerful Actuaries…. Why is Car Insurance so expensive in Ontario? By Jamie Labonte

Cornwall ON – OK so when I bought my last car, about 7 years ago, I wanted something brand new. We had a baby on the way and as much as I loved my old V-Dub, I knew that I couldn’t rely on it not to fail me at a crucial moment. So  we took the plunge and […]

Your Police Blotter for the Cornwall Ontario area for Friday July 29, 2011

Cornwall ON –  Here is your police blotter for Friday July 29, 2011. SEXUAL ASSAULT- REQUESTING THE ASSISTANCE FROM THE PUBLIC               Cornwall, ON- The Cornwall Community Police Service is currently investigating of a sexual assault which occurred in the area of Marlborough Street South on the 27th of July, 2011. It is alleged that a […]

Toronto ON – The Toronto Hiroshima Day Coalition is organizing the 66th commemoration of the atomic bombings of Hiroshima and Nagasaki on August 6th, 2011 at 6:30 pm at the Church of the Holy Trinity (10 Trinity Square, behind the Toronto Eaton Centre). With the theme, “Faith and Abolition: No Nuclear Weapons, No Nuclear Power,” this year’s interfaith commemoration […]

Bob Rae Gets an Opportunity to Shine With Layton on Leave – View From the Hill by Keith Beardsley – July 28, 2011

Ottawa ON – In World War Two the time period between September 1939 and May 1940 is sometimes referred to as the phoney war as both the allies and the Germans were reluctant to engage each other and neither side went on an all out offensive. The full force of battle would begin shortly afterwards. […]

Cornwall ON –  The rains kept right on rolling by Cornwall Ontario as Eight Zero Zero, one of the finest restaurants in the area opened up their patio to the sounds of Mélanie Brûlée D’Amour who surprised the enthusiastic and supportive crowd with two new songs! The Small Town and the Prey httpv://www.youtube.com/watch?v=PWOmeKvaLMw The ice was […]

Cornwall ON –  I discovered Whispering Pines Campsite in Curran Ontario last month.  It’s an amazing place and I’ll be returning in August for the Open Mind Festival!  I’ll be live on the site covering some of the events so stay tuned! . OpenMind Festival is a gathering of Celebration, Visionary arts, Transcendent music, Conscious […]

Cornwall ON – People in the Stormont -Dundas- South Glengarry area can apply for Ontario’s new photo identification card.  The new government-issued ID is available at 21 Service Ontario locations across the province, including Cornwall.  It will be available at all locations by 2012.  This secure card will make it easier for people aged 16 years […]