CFN  – One of Canada’s most notorious serial killer’s Clifford Olson has died of Cancer in Quebec.  He was 71. Convicted of murdering 11, the BC native targeted young people before finally being caught and convicted.  He exchanged his cooperation for thousands of dollars  in payments to his wife, and made the news for his […]

CFN – Thanksgiving is traditionally a time for families and friends to gather, break bread and give thanks for our many blessings – and for most of us, one of our blessings is health. But health can change in an instant. This year as people prepare for the October long weekend, Canadian Blood Services […]

Your Police Blotter for the Cornwall Ontario area for Friday September 30, 2011.

CFN -  Here is your Police Blotter for the Cornwall Ontario area for Friday September 30, 2011. BREACHES               Cornwall, ON- A 14 year-old Montreal youth was arrested on the 29th of September, 2011. She was bound by an Undertaking with the relevant condition to abstain from contacting or communicating directly or indirectly with certain people [...]

South Stormont –  The Township of South Stormont is having a Public Information night on Tuesday October 25, 2011 starting at 6 PM.  They are looking for your input on their Solid Waste Management Plan and Waste Recycling Strategy.

CFN – The On Common Ground Studio Tour this year is set for Saturday Oct. 15 and Sunday Oct.16. The studios will be open 10-5 both days. Once again, our local artists and artisans are prepared to show you why this studio tour has such a good reputation, both for the quality of the art work displayed and […]

CFN – I spent this past Monday morning in Ottawa at Parliament Hill, feeling compelled to support the people who traveled on this day to peacefully protest the proposed XL pipeline. . I have read various reports/sharings on the affects tar sand projects are having on surrounding populations and environments. . They do not paint […]

CFN –  The Healthy Home Renovation Tax Credit — which provides supports for seniors who want to stay in their homes — will be accelerated to help create jobs, Mark  A. MacDonald said today. “Accelerating this important tax credit will generate immediate demand for skilled labour  and manufacturing — creating jobs for small businesses in […]

CFN –  Nobody won Wednesday night at the All candidates debate.   The three main candidates all had some bright and shining moments and some clunkers. Having some actual debate finally had some of them showing some of their real colours and for some cases strengths.  It also convinced me that as a voter I […] 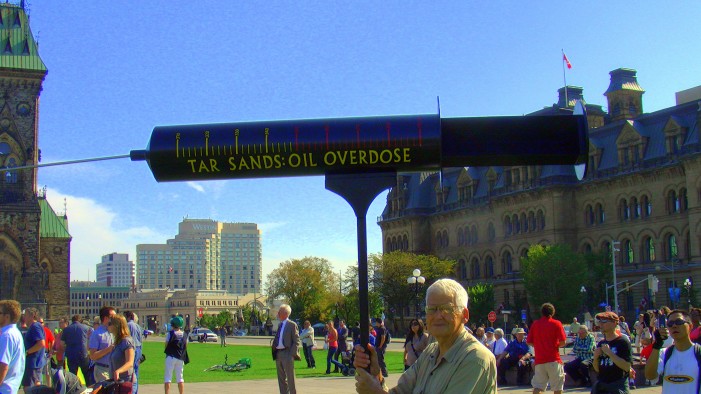 CFN – Monday September 26th there was a protest at Parliament Hill.   It was billed strictly as a protest about the Keystone XL Pipeline, but it was interesting to see it essentially be a Stephen Harper hate fest. httpv://www.youtube.com/watch?v=VH8rmusCRgQ No Kent State this protest.  It was the most civilized and staged events I’ve ever […]

Online Radio can be listed on BBM Diaries – Are you listening to Good Morning on Seawayradio.com? Letter to the Editor from Don Smith of Cornwall Ontario

By admin on September 28, 2011   Community, Cornwall, Headlines, Letters to the Editor, News, Opinion

Hi Jamie: Recently I received a phone call from the Bureau of Broadcast Measurement (the folks who compile the radio market rankings) asking for our household to participate in a week long survey. Today we received our radio diaries from the BBM.  Wondering how a person is to report listening to online radio stations such […]

Your City Hall Bulletin for Cornwall Ontario for Thursday September 29, 2011

Prime Building Site at the Corner of Pitt & Second in Cornwall Ontario to turn into Art Exhibit – September 28, 2011

CFN – A group of artists will be working on a unique public art project to create a temporary mural at the northeast corner of Pitt and Second Streets. Beginning this Thursday evening, local artists, entrepreneurs and “Walldog” artists from across Canada and the U.S. will paint a seven-foot high mural around the 260-foot […]

Your police blotter for the Cornwall Ontario area for Wednesday September 28, 2011.

CFN - Here is your police blotter for the Cornwall Ontario area for Wednesday September 28, 2011.   ASSAULT               Cornwall, ON- A 16 year-old Akwesasne youth was arrested on the 27th of September, 2011. It is alleged that she entered into an altercation with a 17 year-old female when she assaulted her. The victim suffered [...]

Keith Beardsley’s View From the Hill – THE UNCIVIL HOUSE September 28, 2011

CFN – Canadians remember the discussion that Jack Layton initiated on improving decorum and civility in the House. It was a concept that all of the party leaders supported. Here are a few examples of the leader’s comments. Jack Layton “New Democrats have committed to work respectfully, to end heckling and to give this place […]

Ask Captain Dan: How much air pressure is there in big airplane tires ? Our Resident Pilot Answers Flight Questions.

Toronto ON – Pilot Dan Baz is answering your flying questions here on the Cornwall Free News. If you have a question about flying you can email Captain Dan or post below. Question My car has a tire pressure monitoring system.  How much air pressure is there in big airplane tires and how often is it […]

CFN – So the big tv debate is over.   Dalton, Tim, and Andrea duked it out.   Did you watch it?   If the numbers are indicative of the vote next week we may have a very underwhelming turnout. The debate itself was a snore  fest.   No new ground covered.   The juice […]

CFN – The All candidates debate in Embrun Ontario took a wild turn as an audience member, one Dave Brown, allegedly threatened Liberal candidate Grant Crack. “He’s dead.  Dead alright”  Mr. Brown was quoted as saying to an aide to Mr. Crack. Events heated over the “Dump the Dump” issue that is hot in Russell. […]

Your Police Blotter for the Cornwall Ontario area for Tuesday September 27, 2011.