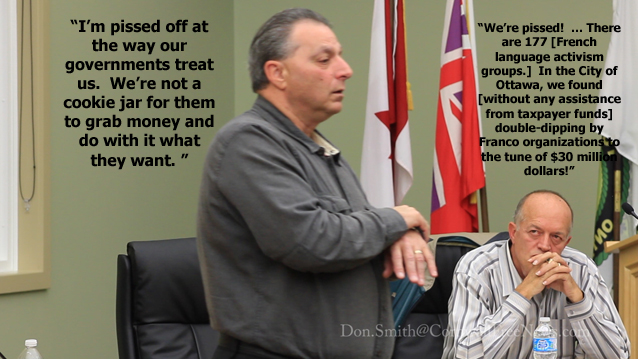 CFN – RN Debbie Cameron, Secretary of Language Fairness for All and wife of Chris Cameron, the group’s spokesperson and President, is among the invited presenters at Canadians for Language Fairness’ annual Christmas Luncheon in Ottawa this Saturday. Cameron will be providing an update on efforts and progress made locally in the battle against “official languages” tyrany.

It is anticipated that Brian Lilley, host of Byline on Sun News Network and a senior correspondent for Sun Media’s Parliamentary Bureau in Ottawa, will be on-hand signing his new book “CBC Exposed”. Brian Lilley’s explosive new book CBC Exposed strips away the carefully constructed image of respectability and reveals a group of pampered bureaucrats obsessed with protecting their taxpayer funded perks who are more interested in their biases than reporting facts… the more outrageous, the better… This book takes on the holy grail of the Canadian media landscape and lays bare the truth about CBC. Reckless reporting at the state broadcaster has ruined lives and cost taxpayers millions upon millions in settlement costs yet no one has ever been held to account. This book does what the consensus media cowards are afraid to do, tell the truth about CBC.

Anyone wishing to attend or wanting more info should visit CLF online.