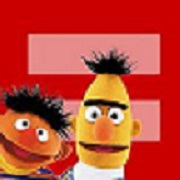 CFN – Today’s Supreme Court decision against  California’s Proposition 8 and  the federal Defense of Marriage Act will pave the way to Marriage Equality I think it’s time to ponder the actual state that Marriage is.

Is Marriage a lifelong commitment based on culture, religion and custom or simply a business contract between two parties?  Should it be forever? Should it be monogamous?  Should it have a best before date?  Prenups?  Offspring?  Pets?

I’ve always been a firm believer and supporter in equality; but I see far greater issues over what we consider Marriage to be than who gets to participate.

I personally waited until I was over 40 to marry.   I know that marriage isn’t all about happiness and contentment.  It’s hard work at times.  It’s not fun at times.  It’s about being able to make a choice and sticking to it and the sad reality is that it’s about two people ultimately making life choices that impact each other.

Being divorced after eight years has me jaded and disillusioned about the concept of Marriage, but also asking questions that I think others are asking too.

We live in a world where it’s simply too easy to marry and far too easy to divorce.    What is the point of Marriage if you can break it apart with the quick slash of a pen?

Those cliched vows of “til Death do us part, for sickness and in health, richer or poorer” do they not mean anything?

I used to marvel even at the concept of Marriage.  Imagine one person that fits almost everything in your life including who you like to have sex with?  It’s almost inconceivable; yet we humans have a need to couple.

Maybe once we’ve cleared up this debate about equality we can look at marriage and implications.

Maybe it should be harder to get married or maybe we simply need to redefine our concepts instead of just fattening up divorce lawyers.

US Supreme Court Strikes Blow Against Gay Marriage Foes – Now Should we look at the Institution of Marriage? by Jamie Gilcig added by admin on June 26, 2013
View all posts by admin →

58 Responses to "US Supreme Court Strikes Blow Against Gay Marriage Foes – Now Should we look at the Institution of Marriage? by Jamie Gilcig"