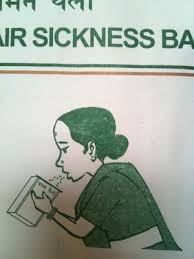 Ok, that was tongue in cheek.  It comes down to the formality of whether the preme pulls the trigger herself or allows debate on the budget before it falls at the hands of Andrea.

This has to be the weirdest election in Canadian history; at least at the Provincial level.  You have PC leader Tim Hudak, probably one of the most hated leaders in Canadian history already in a lawsuit with our Premier who hasn’t won an election as Premier, but is only present due to her predecessor falling on his own sword.

Then you have the NDP leader who’s wishy washy opportunism has been about as thinly veiled as Middle East peace talk intentions.

The bra snapping started with the Premier giving the NDP leader an ultimatum of time for her to mull her decision.

Ms Horwath responded near immediately with:

Andrea Horwath, Leader of Ontario’s New Democrats, says she has lost confidence in the Liberal government amid mounting scandal and waste and that it’s time for change.

“The Liberal budget is a mad dash to escape scandal by promising the moon and the stars,” said Horwath.

The Liberals this week introduced a budget containing more than 70 new promises in a desperate bid to keep their sinking government afloat in the midst of a criminal investigation into the gas plants scandal and cover up.

“This government has no plan to get the basics right, like creating jobs, lowering hydro rates, and making life more affordable,” said Horwath.

The last-ditch budget comes after the Liberals failed to deliver results on a series of promises made in the previous year’s budget, including reducing auto insurance rates, cutting home care wait times, and setting up a Financial Accountability Office.

“The same government that couldn’t fulfill three promises over the last year is making more than 70 new promises this year. How can Kathleen Wynne build a ship, when she hasn’t managed to build a raft?” said Horwath.

The Liberal budget contains a new round of no-strings attached giveaways for corporations, and includes no plan to get sky-rocketing hydro rates under control or create jobs by rewarding job creators.

“For the last year Ontarians have been telling me they want to see results on jobs, hydro bills, affordability and accountability, and the Liberals haven’t delivered. It’s time for a change. It’s time for a government that makes sense,” said Horwath.

It almost makes one want to move to Manitoba and heck, does anyone really want to do that?   Our province is at sicko debt levels.  I mean, we’re in worse shape that California and that takes some doing.

There literally is no clear choice for voters.  It’s like picking which way the death penalty is inflicted upon yourself  when we go to vote. Here in Cornwall the buzz is whether current city councilor Elaine MacDonald will step down as she again is the local candidate for the dippers.   She finished 3rd in the last election and has about as much chance winning this riding as I do being the lead ballerina for the Bolshoi Ballet.  (Russians are about as anti-semetic as most of our Cornwall City Council)

Even in this riding we have a frustrating hot mess of options.  Incumbent MPP Jim McDonell is most likely to get re-elected.   Liberal option John Earle, who probably uses more hair care products that Ms Wynne and Horwath together, is the Liberal champion; but their brand has deteriorated due to local infighting and apathy.

This might be the best opportunity for Independent candidates in any election of recent history in Ontario.

Andie Sticks Tongue Out at Kathy as Timmy Spits from the Corner – Election Time in Ontario by Jamie Gilcig – May 2, 2014 added by admin on May 2, 2014
View all posts by admin →

16 Responses to "Andie Sticks Tongue Out at Kathy as Timmy Spits from the Corner – Election Time in Ontario by Jamie Gilcig – May 2, 2014"