CFN – OPP Constable Michael Janho, 32, of Kanata, was arrested again on new charges of Sexual Exploitation. He had been previously charged with child luring and possession of a restricted firearm. A 32-year-old Ontario Provincial Police officer previously charged with child luring is now facing new charges. Const. Michael Janho, of Kanata, was re-arrested […]

ASSAULT CAUSE BODILY HARM, ASSAULT  POLICE             Cornwall, ON – A 47-year-old Cornwall woman was arrested on August 27th, 2014 and charged with assault cause bodily harm and assault police. It is alleged that on August 27th, 2014 the woman attended her 65-year-old boyfriend’s residence and punched him in the mouth causing the man to […] 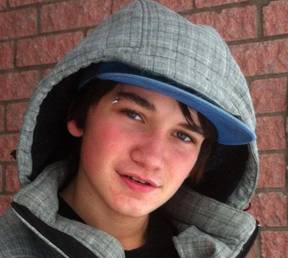 CORNWALL Ontario –  I hate fake.  I hate fake flowers. I hate fake stuff.  Mostly I really am not a fan of fake people and fake spin; especially when it’s petty. Yesterday some very silly persons appearing to lack personal integrity tried to showboat with an ALS Ice Bucket challenge. It was petty and frankly […]

A Perspective on the Future of Cornwall Ontario by Harry Valentine – LTE Aug 26, 2014

CFN– The Toronto Police Service would like to make the public aware of an incident involving dog treats found at 2 Forty Second Street, Marie Curtis Park, that may have been poisoned.On Saturday, August 23, 2014, a small quantity (9) of bone-shaped, multi-colored dog biscuits, smelling of gasoline, were located near the south entrance of Marie […]

CORNWALL Ontario – Our city’s 18th candidate for Council is Heather Megill.   Ms Megill is a long time resident of Cornwall originally from Newfoundland. She previously ran for council in 1994 and 1997. We chatted on facebook while she’s visiting back in Pouch Cove, a very old fishing community. I asked her about being […]

OPP SD&G IMPAIRED DRIVING (North Stormont) – On August 23, 2014 at approximately 10:00pm, SD&G OPP officers responded to a report of a vehicle in the ditch on County Road 15, North Stormont Township. Investigation revealed the adult male driver was under the influence of alcohol. Jesse FONTAINE (21) of South Glengarry was arrested and is […]

(photo:facebook) CORNWALL Ontario – Imagine using ALS as a cause to play petty small town politics?   That’s exactly what some media outlets did in Cornwall Ontario today. Many across social media are using the ALS challenge for the right reasons of raising awareness; but many are also using it to self promote. We at […]

CORNWALL Ontario – Since December 2011 The City of Cornwall, and in particular Mayor Kilger, has led a boycott that has impacted CFN.  It was borne of a lie and has spread its tentacles wide and deep not only hurting our news outlet; but hurting the community and economy of our city. CFN is an […]

CFN – As the long hot Summer comes to an end changes have occurred across the NHL.   Some more drastic than others.    Some teams have new coaches and GM’s.   We’re going to look at Canada’s six teams and rate their performances in their attempt to bring Lord Stanley’s Cup back to Canada. […]