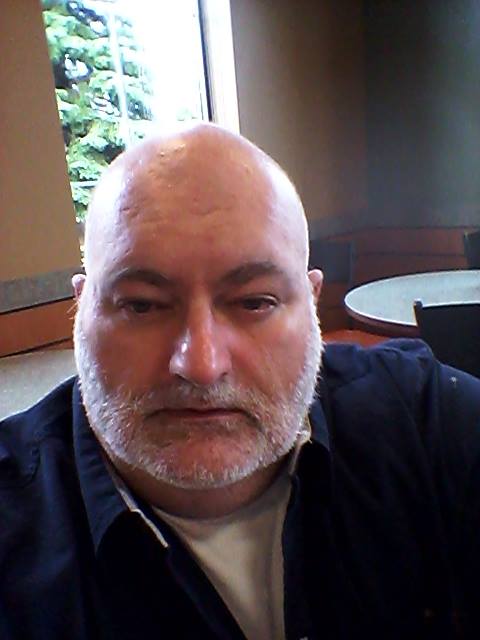 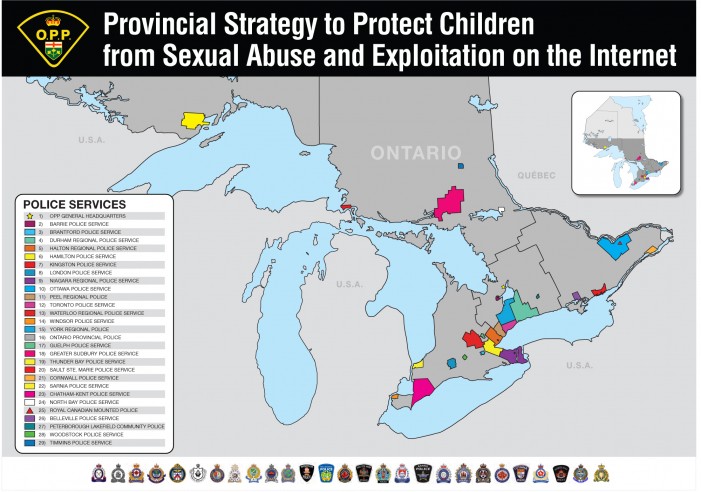 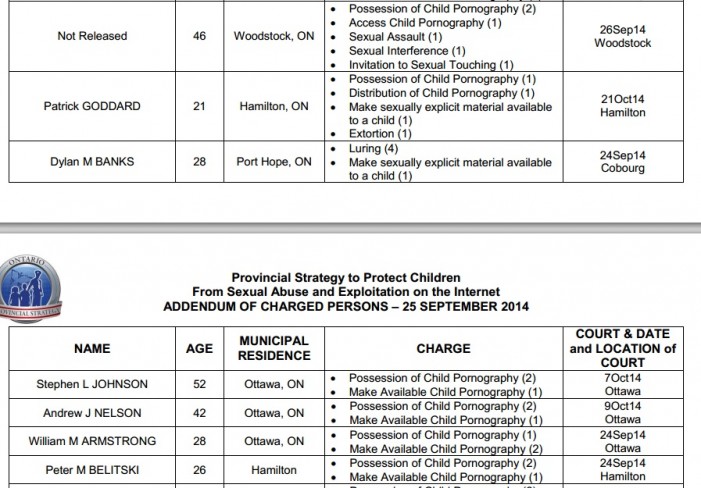 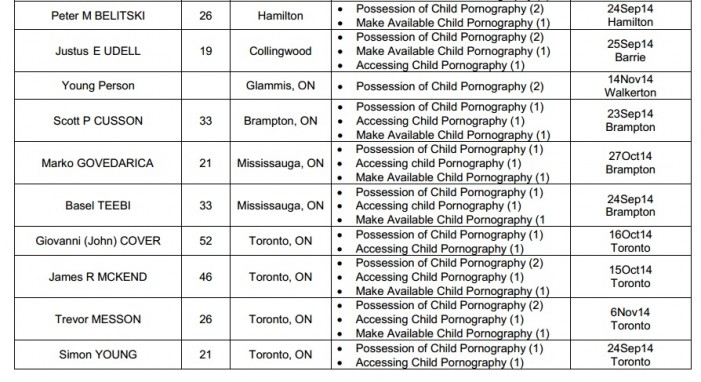 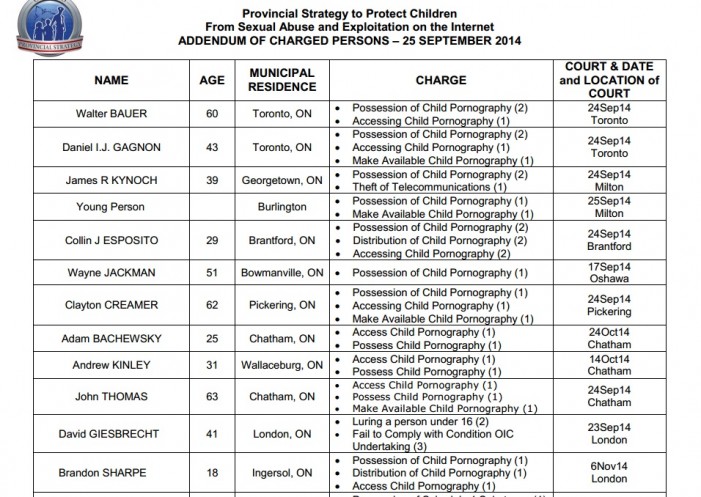 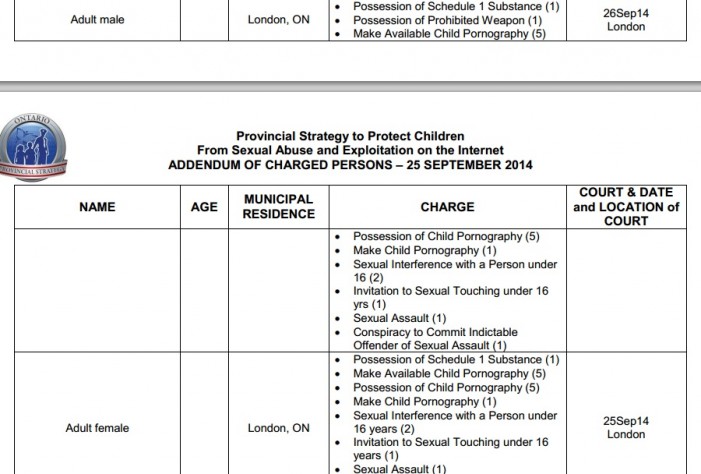 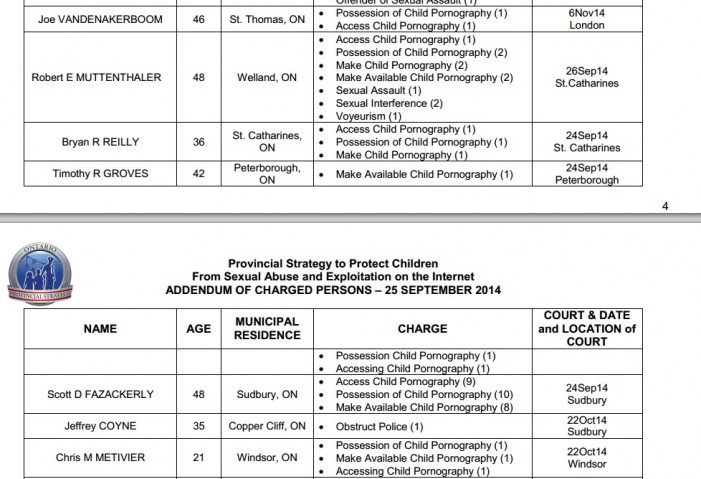 CFN – Most of those charged in the massive  raid in Ontario have been identified by the OPP including two from Cornwall.

CBSA agent Mathieu Pahle has been charged with Possession of Child Pornography as well as Steven Seyeau.

The Massive Coordinated Investigation by the Provincial Strategy to Protect Children laid 249 charges against 60 parties.  99 Search warrants were issued.   They youths were among those charged and could not be named.

“This investigation highlights the pervasiveness of Internet-based dangers of child luring, sexual exploitation and abuse. Children, teens and parents also have a responsibility to educate themselves to ensure their Internet and social networking experiences can be as rewarding as they want it to be and as safe as it needs to be. Because every child matters…everywhere.” – Inspector Scott NAYLOR, Manager – OPP Child Sexual Exploitation Unit Cornwall police have not issued a release as of press time.