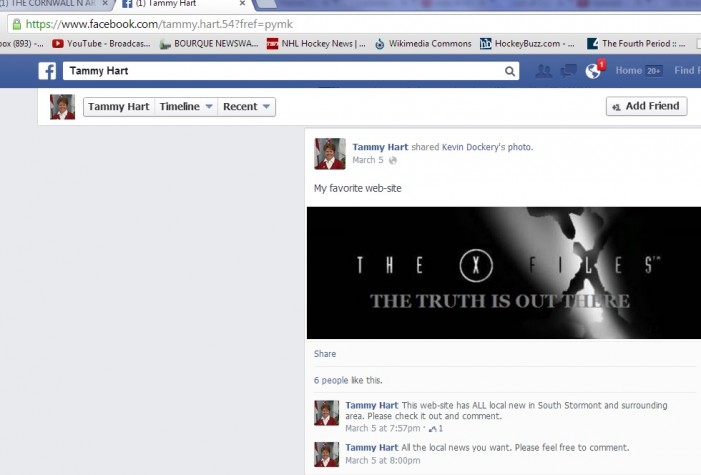 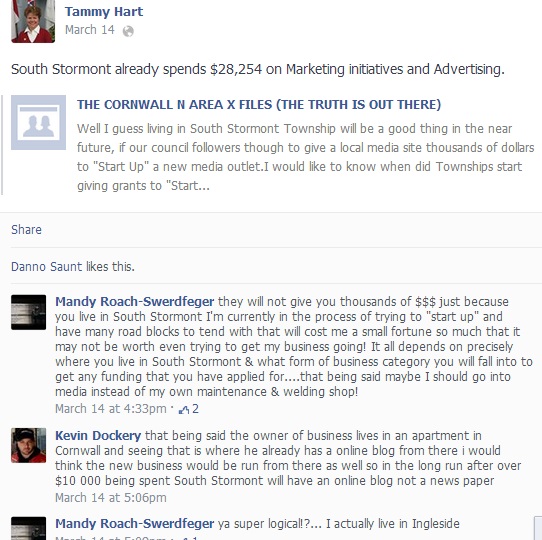 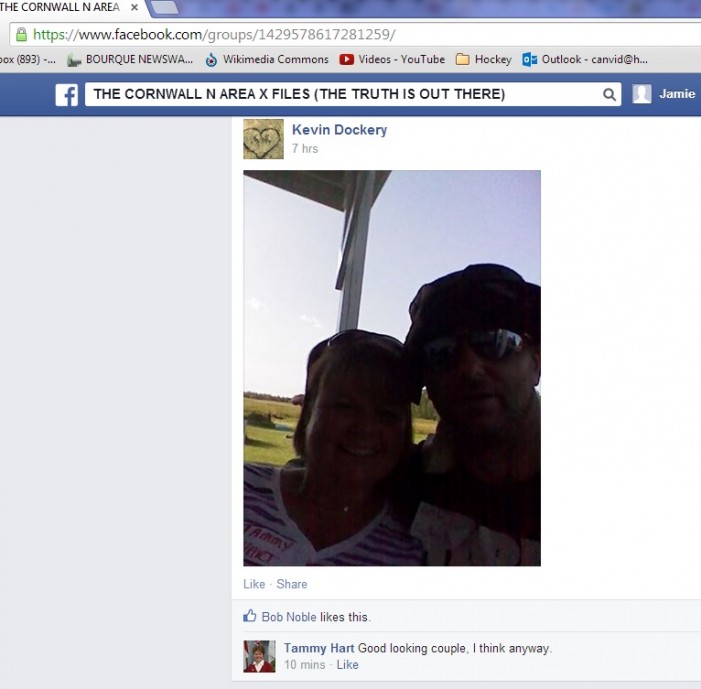 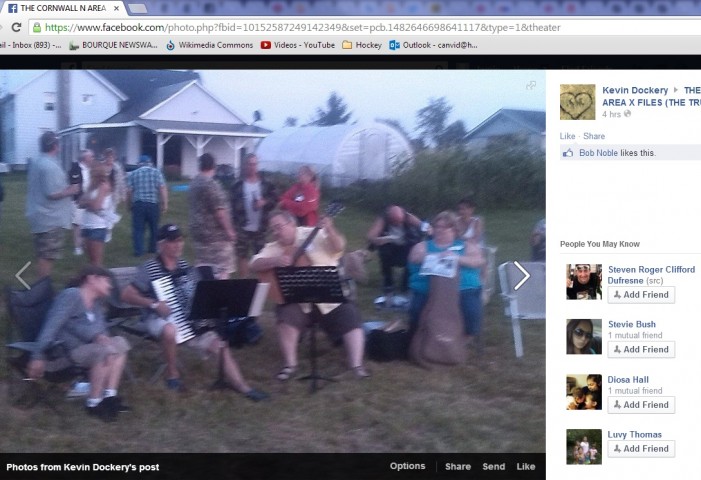 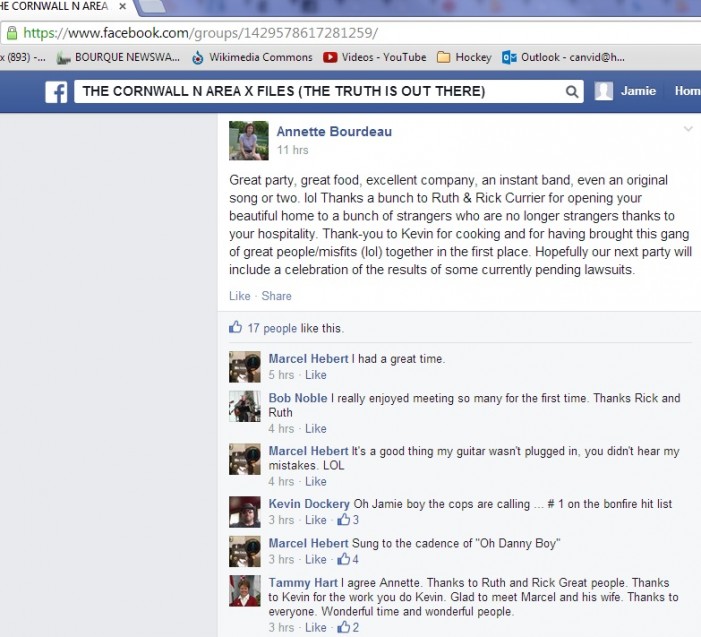 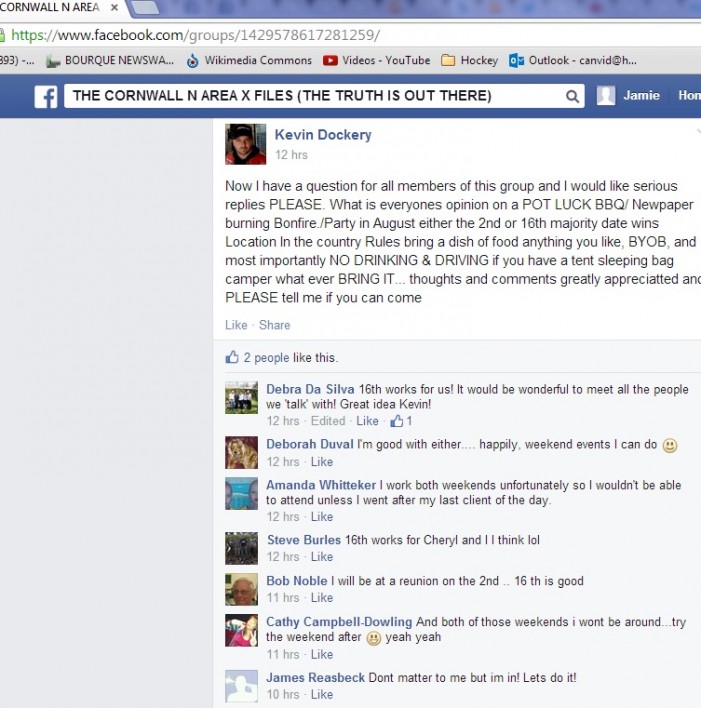 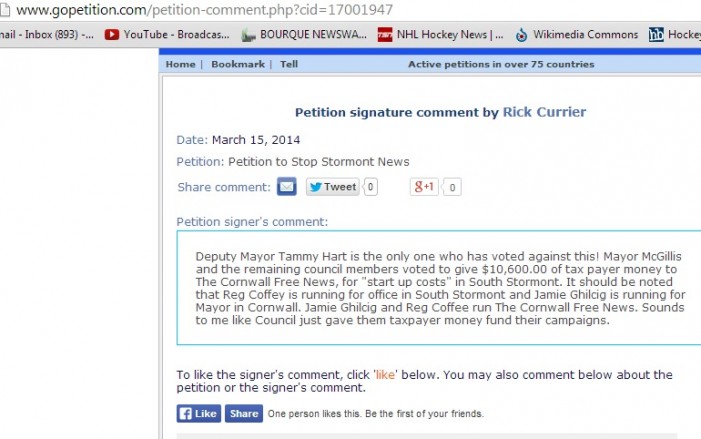 CFN – It’s been an even uglier election than the one in Cornwall, this South Stormont Election.  Sadly the biggest candidate topic seems to be an advertising contract to the South Stormont News which was the only outlet covering the All Candidates Debate at the Lion’s Club in Bonville.

There’s a delicious irony to see as many as six candidates campaigning to kill a paper and be the only media to show up.

Some are more obvious than others.  You have Deputy Mayor Hart seeking re-election spouting utter lies in a near hysterical fashion.

When asked about being in a local facebook hate group, the X files of Cornwall n Area, which is now a hidden group Ms Hart lied stating that was just put in it; but she herself has championed it and loudly. Ms Hart talks of Mr. Currier’s petition, which she signed, but clearly from the caption below you can see that over half of the signatures were from outside of the township.

Clearly from the image below Ms Hart was not an “innocent bystander” but was a huge advocate for the group.   She defined it as a news source for South Stormont.  How many news outlets do you know are manned by convicted criminals and run secretly? The group desecrated the poppy after one of their members was suspended for abuse.    Richard Currier, who showed up for the debate out of uniform wearing a casual shirt, as a long serving Sgt in our armed forces also supported this site and paid for its founders legal bills.  Does that make any sense?

Isn’t the simple truth that Ms Hart and her slate simply used this group to try and manhandle the election through fear and hate?   That slate includes people like Donna Primeau who had the petition in her store in the Long Sault shopping strip. And then we have former Mayor Jim Bancroft who Ms Hart actually erected a bill board to campaign against now supporting the former mayor who was at the heart of poisoned water after a salt shed resulted in illness and communal wells and bottled water for township residents. Could the total reversal in support for Mr. Bancroft by Tammy Hart be solely because he publicly  stated at an event that if elected he’d kill the ad deal for The South Stormont News?

Ms Hart talks about Quebec companies as though they are a dirty word yet here she is in this video complaining about a local company offering the same product for 20% less to the township, and most of the delivery is via Canada Post which is very expensive.  SSN has not broken even on a single issue in print chiefly because of the campaign of lies and intimidation that she has led with her supporters.  One client bought an online ad for one year and had it pulled after one week complaining of being harassed.  His real estate sign appeared in front of Donna Primeau’s store shortly thereafter.

Is this how to grow a community and attract growth? Ms Hart received all communications.  South Stormont News is not a part of CFN. It’s a separate corporation based in Ingleside.   The only communication in any form was to replace the current Quebec based supplier of the bulletin in print; the Seaway News (TC MEDIA) with the same size ad in SSN for 20% less.   Ms Hart did not correct Mr. Currier. In addition it was reported by people who complained about the petition being forced on them including at kids soccer games that they were told that taxes would go up 10% because of the contract.  I probably would’ve signed the petition too if I believed that porkie.

And ultimately how can you talk about accountability when Ms Hart’s actions cost the community over $30,000 with the integrity commissioner alone?  Why didn’t she reimburse tax payers if she really cares about the bottom line.

As for answering questions clearly she is not able to answer questions from the media unless she likes the question.  That is not being accountable.

Her motley slate of Jim Bancroft, Richard Currier, and Donna Primeau have supported her position which clearly is to attack a small local business based in Ingleside for reporting the truth.    So the jobs so far that it has brought to the community and the future jobs that would come with growth are on this groups hands.

The truth is out there.    All people have to do is to look.  What do you think South Stormont voters?  Will you be voting for Ms Hart or any of her slate?  You can post your comments below.

Some other choice Currier & Hart postings: Classy advertising of their event in a boycott group.