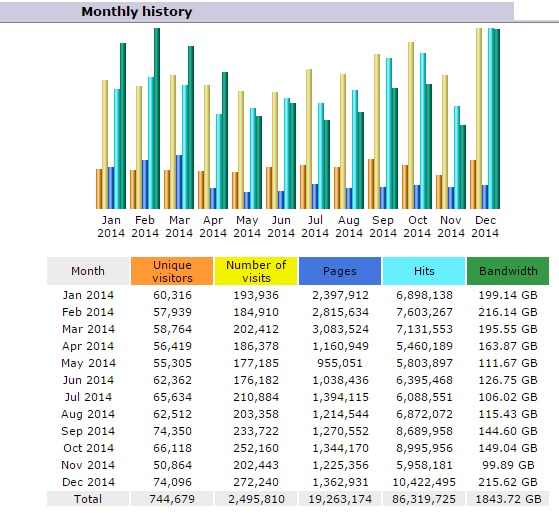 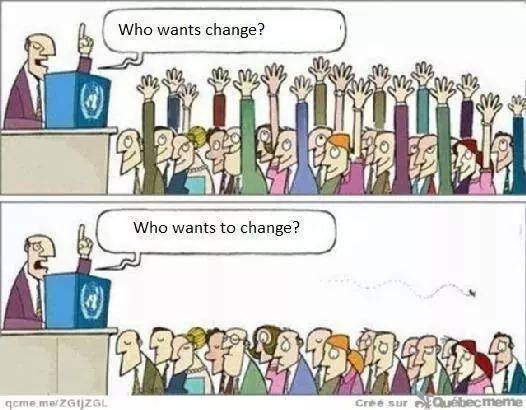 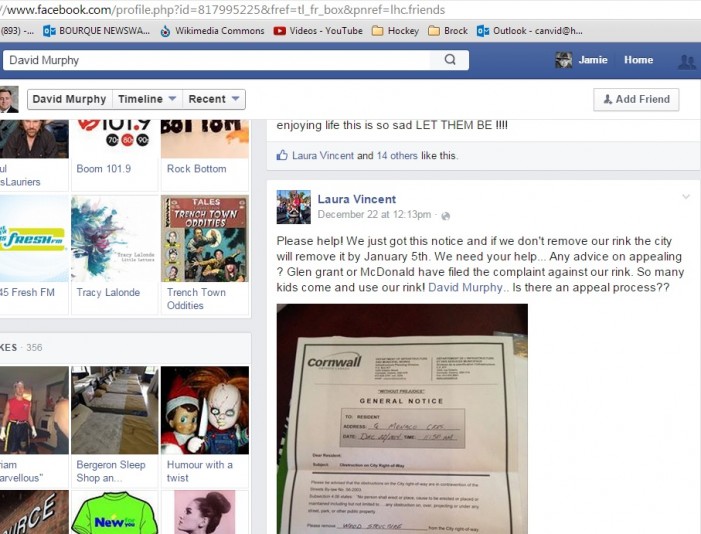 CORNWALL Ontario – 2014 was a weird mixed bag of a year.  Here on CFN we increased our market share while growing our over all numbers, an interesting achievement.

Big changes in our city thanks to CFN viewers forcing out one of the most corrupt Mayor’s in Ontario history along with three of his cronies were big news and something we can all be proud of in a day when so many people feel that their vote doesn’t count. 19,263,174 million human page views is something I’m very proud of for CFN and for our community. Imagine that much traffic from a struggling Independent Gonzo Online Newspaper enduring the third year of a conspiratal and corrupt boycott with little to no budget or support?

I would challenge the Freeholder, Seaway News, and Seeker to publish their real raw numbers as we do. Of course it’s easier for members of some of those orgs to simply hang out in the local facebook hate group than simply do that.  I get it.

In December we nearly pulled of a Hat Trick.  We hit our second highest month ever for Unique Visitors and Human Viewed Pages.  We did set a record for Number of visits.   While some people complain about CFN it does seem that Cornwall reads us, daily, with over half of the city reading us at least once per month. I think that’s a great meme and something that should cause many to ponder.  While one person can make a difference numbers make that task a lot easier.

A few interesting experiments were conducted this past few months.  One, when I cut back my hours by nearly half our traffic did drop.   We filled in with other content, but apparently some of our viewers actually want to read what I write.

The other was a social experiment on good and bad news.  We ran two stories with equal templates.   During the same 24 hour period   The traffic was 6 to 1 for the story about the dirtiest restaurant in Cornwall vs the cleanest.   While not surprising it’s always interesting.

The biggest stories this year locally were of course our election where Bob Kilger fell after two terms. Sadly Brock Frost buying a hockey team to get elected and then being exposed to the point where out of desperation he accused yours truly of making sexual advances on him and then of somehow physically going after him is second.

Brock has been like Rob Ford without character, substance, or integrity.  He’s going to be the gift that keeps giving to our City Council as the lawsuits against him start to mount.  He might even get the Gilles Latour Award for 2015!

Speaking of Mr. Latour, he shined darkly as he was arrested and I’ve run out of fingers and toes to count the amount of charges he’s received to date. This meme from funnyman Mark Vincent pretty much sums up a story that went National at Christmas as Glen Grant and another councilor have attempted to game the system to have a family ice rink pulled down. That was the first plea for help from the Vincent family. Straight to Councilor David Murphy’s facebook page, but no mention in any other media about the finger prints of former Councilor Grant and what most likely is current councilor Elaine MacDonald.  (Mark MacDonald has come out in support of the rink)

All this over a few pegs planted about 4-6 inches into the ground in front of their property which usually would be covered with snow from City plows as they live on a curve on a crescent.

While few expect the city to actually have a crew show up on the 5th of January they have not communicated that to the family who are stressed out about what will happen while they’re  at work or school.

Of course my getting arrested for making threatening phone calls to a dead beat client who eventually had to pay up in court, and that Bell Telephone have stated in a production order that  I did not make was news across Cornwall news media.  Mostly to trumpet my arrest.   Sadly because of what in my opinion is petty corruption from Queen’s Park my charges have not been dropped as the case has gone through two crown’s to date. Kinda sends a cool message though for struggling businesses.  Don’t pay your bills.  Just call the police and say you were threatened. They’ll fix the vendor without any proof.  Genius, no?

Lift Off, which CFN was a sponsor of this year, had a bit of a revival.  We’re not sure if there will be a 21st edition of the balloon fest.  I’ve offered to help again, but this being Cornwall a professional reply has yet to be received.

The Chem Tanks and Mysterious secret negotiations withe Federal Government over our toxic shoreline and Habour lands was front and centre this year as well.  The city is still covering up Economic Developments role in keeping secret the Trillium Distribution Cornwall Inc. deal from council and the public.    Is there really some secret plan to have our waterfront re-Industrialize?

As we enter what will be my final year as Managing Editor of CFN it should be interesting how things play out.  Hopefully our large market share will result in the completion of a sale of Cornwall’s most read newspaper.  And hopefully that new ownership will remain committed to the community because the media have changed since CFN started in 2009.  We have seen countless “innovations” by our competitors lifted from our pages.

Six years is a long time to maintain the amount of work that I have.  As Claude McIntosh once made fun of in a column, I have to do a lot of jobs in this tiny newspaper with the biggest local audience.

As a matter of fact our viewers will have a say in what our budget will be this year.  It’s that time to hit you guys up for Subscription donations so we can finalize our 2015 budget.

Every subscription helps.  For as little as $25 per year you can help us bring in new writers and keep bringing you the news you clearly want.   A print subscription to the Freeholder is $130 per year.   Isn’t CFN worth $100 to you?

Please click the Paypal button above or we can accept e-Interac transfers. (info@cornwallfreenews.com)

And now for our 2014 numbers from our Google Analyticator!

(via Google Analytics – all cities in Ontario unless otherwise noted)

32.64% of our viewers do so via their mobile units

35.82% of mobile users are on their iPhones (Apple doesn’t view Flash that some sites use)

Demographics wise CFN seems to be drawing in  Women between the ages of 35-64 slightly more than men or younger people.   That’s interesting.  That should be interesting to the advertisers that boycott us.

We will be announcing our New Start Up Ad pack for new businesses in the region.  Stay tuned!

Yes, our advertising does work!

Do you want to engage the largest audience in this region of Ontario?

There is no better way than talking to them directly and showing you support local media than by advertising on The Cornwall Free News!

Dial 1 855 444 1133 and book your ad plan today and get a very very special discount and free ad block in Seaway Today – The Region’s upcoming print edition!

Do You Have Your Number Yet?

Why would you pay more to advertise in other media that are seen less?

We have several feature and column sponsorship’s available!

Email Jamie@cornwallfreenews.com  and find out how much you can save, and how we can tailor an advertising, marketing, or messaging package that truly can help achieve your goals in this scary economy today!

Thanks to everyone for a busy and…um…erm…interesting 2014!

We hope to keep growing as we have the last several years!

CFN Traffic Up 46% in 2014 Thanks to Our Viewers – Thoughts and Numbers by Jamie Gilcig SPECIAL AD OFFER added by admin on January 1, 2015
View all posts by admin →