In what has to be one of the most bizarre and strange quotes, Liberal hopeful Justin Trudeau has weighed in and said if made Prime Minister he’d push for Bilingual judges on the Supreme Court. His exact quote from Global News; It’s not just a question of symbolism of being a bilingual country and expecting […]

CARELESS STORAGE   Cornwall, ON – Daniel Caron, 55 of Cornwall was arrested on June 18th, 2015 and charged with careless storage. It is alleged on June 18th, 2015 while police were investigating an unrelated matter the man was found to have a hunting rifle and ammunition that were not properly stored. He was taken […]

The Leafs Should Not Rush Kessel & Phaneuf Trades by Jamie Gilcig JUNE 21, 2015 #leafs

While this draft is highlighted as one of the best in recent vintage the Toronto Maple Leafs seem to want to rebuild? In the cap age asset management is key.   Asset value is dictated by contract as well as talent now as well. For all the rhetoric of Toronto wanting to rebuild is there […]

CORNWALL Ontario –   As some of our viewers know since living in this area I’ve taken a vow of non-partisan ship when it comes to politics. I think we all should become Hyper Non Partisan.     One election at a time, one candidate at a time knowing that no party or politician can be […]

Justin Trudeau’s new ideas on how to make government better do have some merit, if they are ever implemented. I say that as someone who is a bit jaded and cynical from having been involved in federal politics from as far back as 1984. There are always great ideas, especially when you are an opposition […]

Over a dozen Cornwall real estate agents have been lamenting the weak market we’re seeing this season.  Inventory is fat and sales are few and far between. This of course is having an impact on businesses that depend on house sales, from support services to sales of furnishings and all those things that people spend […]

THEFT UNDER $5000, BREACH   Cornwall, ON- Ahmed ElKerim, 33 of Cornwall was arrested on June 17th, 2015 and charged with theft under $5000 and breach of three probation orders and an undertaking for failing to keep the peace. It is alleged on June 17th, 2015 the man attended a Second Street East store and […]

An Ontario travel website seems to think the province ends at Ottawa and Kingston.   A quick visit to the website shows that Eastern Ontario has no section and that the Cornwall area is lumped into Ottawa with no areas highlighted on its map. Eastern Ontario seems to be listed as “The Countryside” Our region, […] 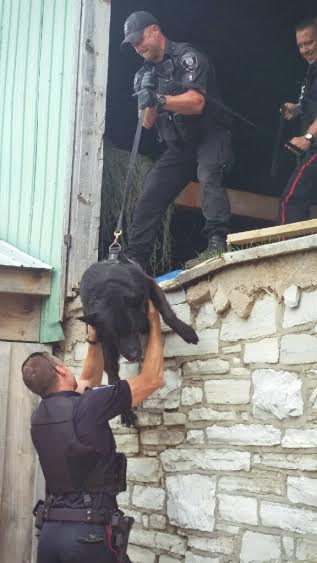 The Ottawa Police Service and Ottawa Paramedic Service responded to the area of George Street in the city’s downtown area at approximately 8pm tonight. At that time, five victims were reported to have suffered serious medical complications from ingesting a drug being sold as crack cocaine. Unidentified chemicals have been reportedly added to the drug […]

View From the Hill by Keith Beardsley on Justin Trudeau’s All Things to All Policy Announcement JUNE 17, 2015

At first glance it looks like Justin Trudeau’s recent policy announcement of a list of items that he would implement if he becomes Prime Minister was based on the wisdom of a former adviser and campaign strategist for Pierre Trudeau.  Keith Davey would always argue that “It is when the Liberal Party shifts to the […]

BREACH Cornwall, ON – Brandon Tessier, 28 of Cornwall was arrested on June 12th, 2015 and charged with breach of probation and undertaking for failing to keep the peace and breach of probation for attending a business that he has conditions not to attend. It is alleged on June 11th, 2015 the man attended a […]