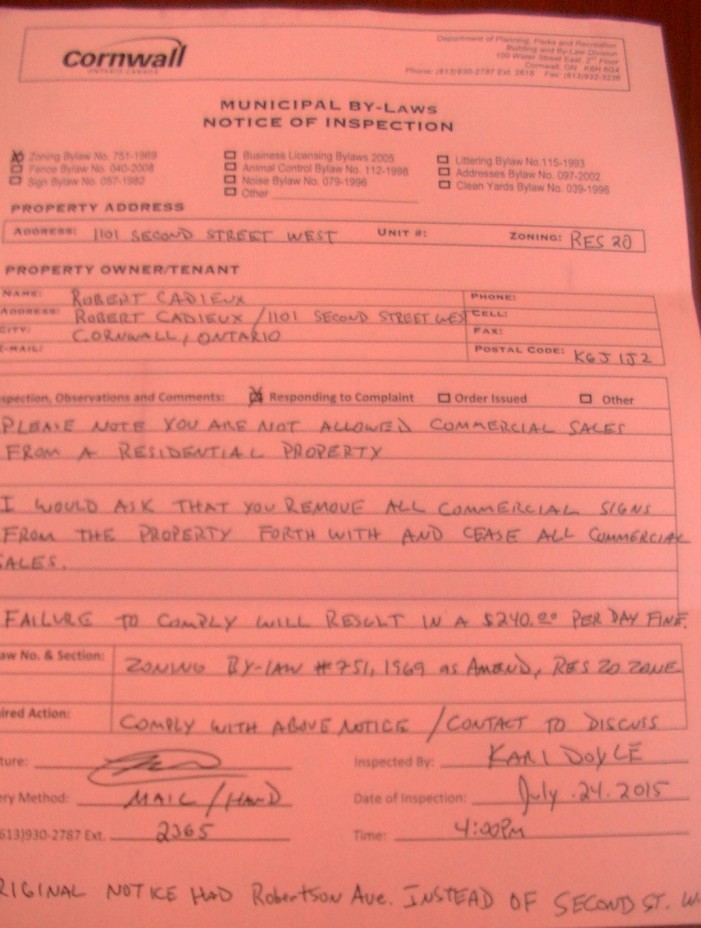 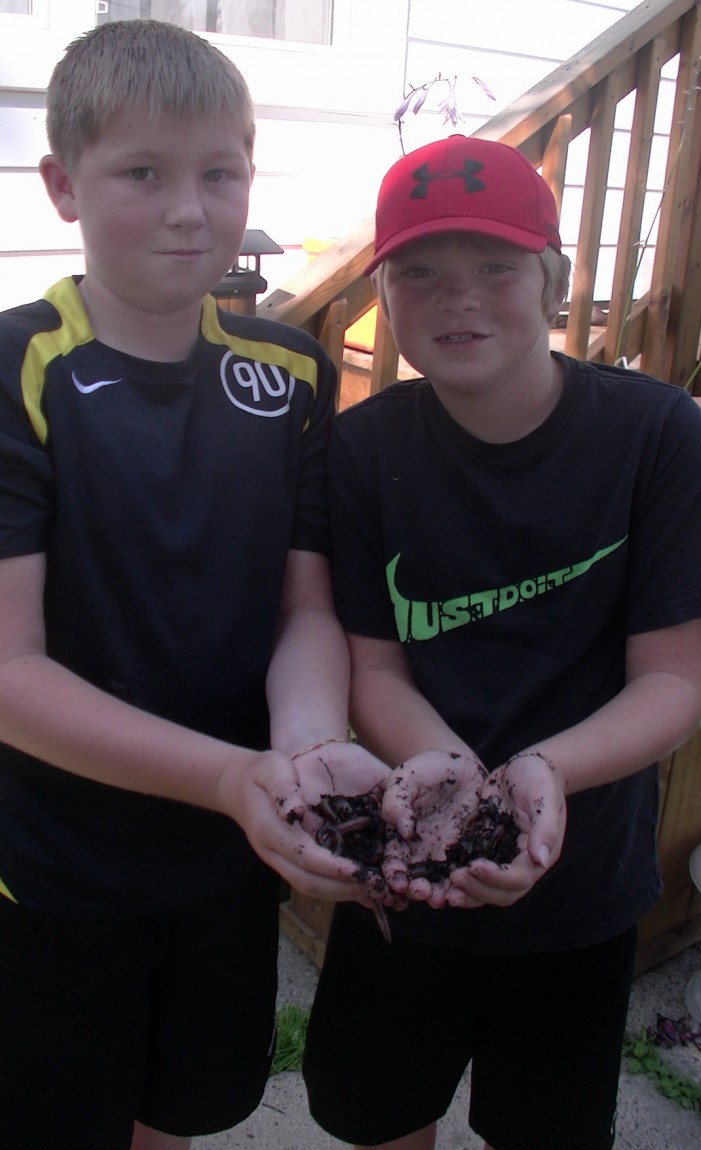 CORNWALL Ontario – As Robert Cadieux explains it, he was shocked to come home from taking the kids to La Ronde in Montreal to find a notice from the City of Cornwall threatening him with fines of $240 per day. The infraction?   His kids selling worms that they pluck out of their own and neighbors yards when it rains.

Kristopher (10) and Clayton (8) were the industrious tykes  who are saving up for a bike.    The Cadieux’s are trying to instill a good work ethic and teaching their children the value of money.   Kristina (7) was told that she can’t sell lemonade either by the grinch like by law officer. So far CFN is waiting to hear back from the City rep and council on this wormy issue.

Do you think the kids should be able to sell worms to raise money to buy a bike?   Is Cornwall becoming less family friendly? After the incident with the Vincent family ice rink you’d think City Hall would be more sensitive to the needs of the children of our community?   That issue drew over 4,000 poll respondents and over 2,500 people from across Canada signed a petition after National attention was drawn to the idyllic ice rink on Monaco Crescent that the city forced to be taken down.

You can post your comments below and we’ll be updating our story as more details become available.

City Councilor Justin Towndale issued a statement on the subject:

“Earlier today I was made aware of an issue in which a By-Law notice was served to a local family advising that their three children could no longer sell worms from their property. I’ve since met with the family, have reached out to our By-Law supervisor, and contacted my Council colleagues. I’ve been advised that in the past, this same By-Law provision has been used to shut down lemonade stands that were also run by children. My goal is to remedy the current issue and fix it for all going forward. We should let kids be kids.“