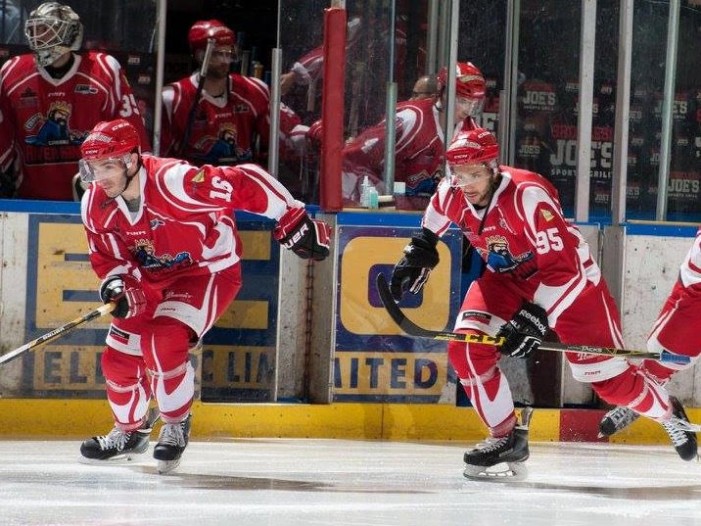 The red-hot River Kings face a tough test on Friday night when they face the defending LNAH champion Thetford Assurancia.

The good news is; the game will be played in the friendly confines of the Civic Complex. It’s a rare home-ice contest on a Friday night in Cornwall – in fact the only one this season.

The River Kings enter the game as one of the league’s hottest teams, having gone 4-0-1 in their last five contests.

Bob Desjardins has the luxury of choosing between a pair of confident netminders, Pete Karvouniaris and Charles Corsi. Both goalies earned victories in the Cornwall crease last weekend.

Last Sunday, the River Kings played in front of a season-high crowd of 1,285. The team hopes to better that number tomorrow, which is “Poster Night” at the Complex.