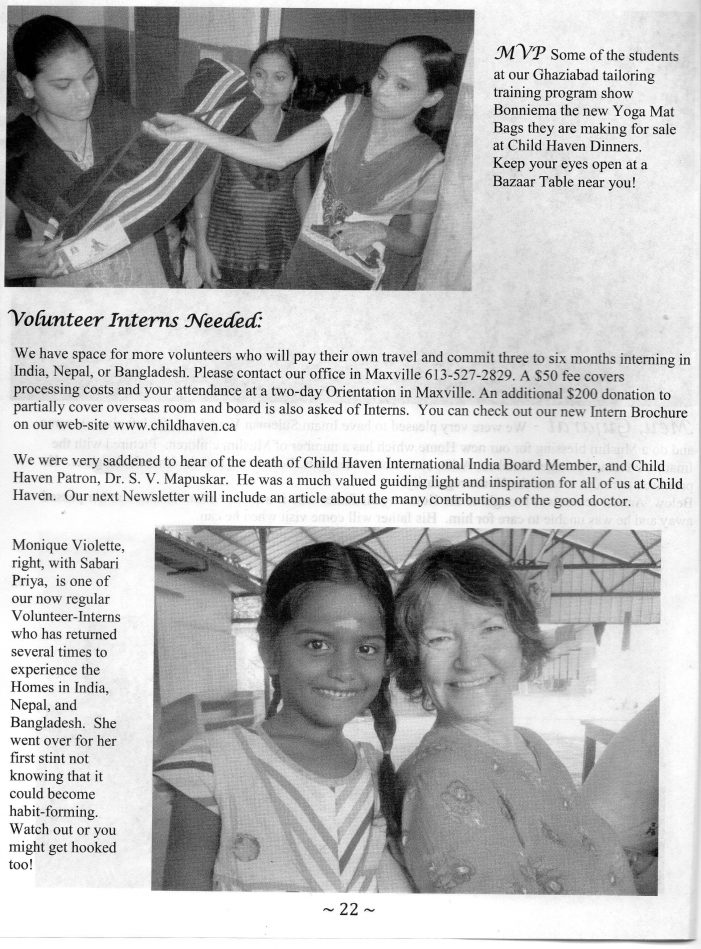 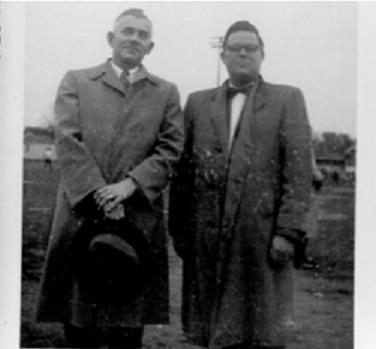 The tenants at Beek Lindsay Seniors Residence are collecting food for a local food bank as they do for Thanksgiving and Christmas each year also. Food collections are under way for various food banks such as the Salvation Army, Trinity Anglican Church Food Cupboard, Agape Center and St. Vincent de Paul Society. It is a great opportunity for us to share what we have with others less fortunate and make their Easter happier.

It is strange how you are doing one thing and it leads to another. Recently I came across the word ‘brouhaha’ in a cross word puzzle. The answer would take only three letters. It sounded like it would be ‘ado’ or ‘din’ but I had to look it up. It is of French origin apparently and means ‘noisy and overexcited reaction or response to something’…like ‘hullabaloo’, I guess. The three word answer then was ‘ado.’ Shakespeare phrased it as: “Much Ado About Nothing”. I always liked the word ‘hooey’ myself, as in,’What a bunch of hooey’. I always thought I made up that word but it is a real word and means ‘nonsense or foolishness’. We could rephrase that using the word ‘baloney’, I guess. Some people have another expression which we won’t use here. I will just stick with ‘hooey.’ ‘Hooey’ is not as formal, I guess, as’ brouhaha’ but packs a lot of meaning just when you want it.

Again, one thing leading to another. I was looking up a reference in my first columns of 2012 and found I had put in an article about getting bus transportation, even limited for Sundays and holidays. I had also referred to it again in later columns. The topic of Sunday transportation has come up again recently, now in 2016. Didn’t happen yet.

Child Haven International will be having a fundraising dinner on Saturday, April 2 in Cornwall. It will be held at the Ramada Inn, 805 Brookdale Avenue at 6pm and will be hosted by Bonnie and Fred Cappucinno and Dr. Nat Shah, all co-founders of this wonderful organization.

Child Haven International shelters, cares lovingly for and educates children in ten homes in India, Tibet in China, Bangladesh, and Nepal. They also aid and shelter some senior and destitute women and provide education for children not living in one of their homes.

There will be a silent auction, a bazaar and also musical entertainment. Fred will be in attendance to sign his new book ‘Bonnie and Her 21 Children’. There also will be a celebration of Fred’s 90th. birthday and Child Haven’s 30th. anniversary. And, with dinner also, this should be a wonderful festive evening. Tickets cost $60.00

Call Elaine MacDonald at 613-938-7763 or email her at elainemacdonald@cogeco.ca for more information and tickets or contact the Child Haven office in Maxville at 613-527-2829 or online at www.childhaven.ca.

I can’t even imagine a child somewhere hungry, destitute, alone and scared. I can’t handle thinking about it. That is why, to me, the work Child Haven does is of the utmost importance.

Here are a few of the children pictured in one of the recent newsletters: Child Haven always ends their newsletter with a quote from Rabindranath Tagore: “Let me light my lamp, says the star, and never debate if it will dispel the dark.”

We were lucky when we were in High School at CCVS because we had teachers who stayed after school to run clubs and activities. I don’t know if they were paid or were able to take time off later on as would probably be the case today. I remember a stamp club, a drama club, and band and orchestra practice, Acapella Choir practice and of course, basketball and foot ball games with T-dances afterwards. It was a different time, though. There were no buses driving us to school or waiting outside to take us home. We walked back and forth from school regardless of the weather. You would see a line of kids on the street heading to school or going home. We had a lot of fun along the way.

The Motto for CCVS was ‘Labor Ipse Voluptas’ which is Latin and means ‘Labor itself is a pleasure’. Didn’t feel like it when you had a lot of homework to do.LOL Picture of Mr. Froats, Principal of CCVS in the 50’s and a gentleman friend.

Remember ‘The Carol Burnett Show’ Carole Burnett, Vicki Lawrence, Harvey Korman and Tim Conway. Tim’s wit used to make his co-stars crack up and laugh. Lucy and Desi with co-stars Vivian Vance and William Farley in the ‘I Love Lucy Show’. ‘All in the Family’ was another one. And later ‘Seinfeld’. I miss the humour of the old sitcoms and comedians but fortunately we can click on these shows on the computer and also some TV channels and see them again.

His wife’s graveside service was just barely finished when there was a massive clap of thunder, followed by a tremendous bolt of lightning, accompanied by even more thunder rumbling in the distance. The little old man looked at the pastor and calmly said,” Well, she’s There now.”

Have a good week and a Happy Easter on March 27th.