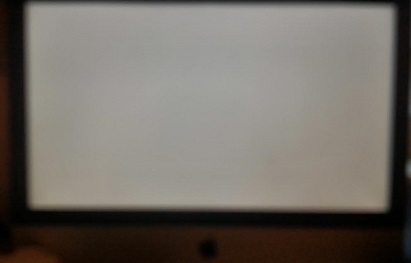 When I first turned on my iMac I was frankly, excited.   It was sleek, beautiful and handled lovely.   It was my first Mac, and I’ve been using computers since the….. 80’s!   As a writer I loved the keyboard, a lot.

I’d had an iPhone, and loved the iPad which I even use occasionally; especially when travelling.

While my workhorse Acer was a few years older it had better specs with an  I7 Quad core and 8 gb of ram.   When I’d had a fan issue at one point Acer customer support was amazing.  Freakishly amazing and my machine was running with a new repair pronto.

My iMac was a single core I5 yet cost nearly three times the cost and I didn’t care!   I was drinking the Kool Aid.

While it never replaced my workhorse, and when you publish an online newspaper that serves up over 1 million human page views per month, it definitely is a work horse machine, my iMac became my go to machine on the side.

If I was waiting for something to load or process I’d have the iMac on.  It was great for radio and TV while I was working, and worked great for having video chats with friends all over the world.

Then it updated and died.   The White Screen of Death.  I spoke with friends, googled, and no luck.   I’d never had a computer die on me and I’ve been using them for over 30 years.  I still have many of my old machines and all turn on when booted up.

I phoned Apple support and spoke with a supervisor who was extremely empathetic and supportive.   She directed me to an Apple store.  The closest one was about 75 miles away which is of course not Apple’s fault.

Walking into the Apple store for the first time was an experience.    Everyone seemed happy, even the customers.   There was something about the lighting that seemed to de stress the situation, and oddly enough felt a bit like a scene out of the movie “Her”.

I was bumped along and eventually a smart looking techie turned on my machine.   A simple thing he said.  When it updated it changed permissions.   My computer booted up and worked in the store.   Nothing was actually wrong with the machine.  It just didn’t seem to like my office any longer?

When I brought my beast home and turned it on, lo and behold, the White Screen of Death again!

Being busy I didn’t have a time slot to make a return trip until yesterday.  Back to the Fairview shopping centre on the West Island in Montreal.

It seemed all the same staff were there.    This time there, a young man hooked my machine up and again it turned on and loaded properly.   Clearly my iMac liked being in an Apple store, but for nearly $2000.00 I kinda wanted it to work at home too.

He must have had the magic touch or my machine was cursed.   I explained everything to him and while running another diagnostic he decided to go on break explaining another of his associates would take over.  By now I’d been there nearly forty five minutes.

When I flagged his replacement over he didn’t really know what was going on and was serving myself and another customer.      When he decided to paddle off I unplugged my machine and headed home.

I walked slowly out of the store carrying my machine, but no friendly staff stopped me like when I entered the store.

Everyone was nice.  There were no altercations, raised voices, or confrontational phrases uttered.   Other than not actually resolving the issue it was a pleasant experience.

Just a frustrated customer and some over friendly Apple staff, who while near attentive, clearly did not resolve the issue, because when I returned home and turned on the beast, I again had, the White Screen of Death.

It does make a lovely paper weight.  It still looks sexy, it just doesn’t function, except as a nightlight.

Frankly Apple seems to have figured out that if you’re as nice as possible, people won’t get angry, even if they end up with a $2K paperweight.

Would I ever purchase another Apple product?  Watch?  iPad, iPod, iMac, or mac n cheese?   Don’t think so.

As a consumer I feel ripped off.   I was willing to pay a premium for what I thought was a premium product.

Walking into the Apple store I was at first optimistic that I’d go home with a working machine.

But who wants to chase their tail?   While many other companies have horrible support it generally ends up with a resolution of some sort.

As a small business, purchasing a computer is a pretty big investment.    I really do expect the machine to last more than a few years.

For this situation do I really need more time wasted on nice and pleasant chats about my new paperweight and nightlight?

Sorry Apple, but I’m not the only person who’s experienced the White Screen of Death.  I know how important it is for you as a company to have as many billions of possible socked away, but you will get no more of my money, which in the end is really bad marketing.

We expect our devices to last a good long time, or at least a reasonable amount of time.

We don’t expect an issue because of a software update from the actual manufacturer.

Why I’ll Never Buy Another Apple Product Again by Jamie Gilcig OCT 4, 2016 added by admin on October 4, 2016
View all posts by admin →