Statement by Chief Bordeleau on Capital Pride Ottawa (Ottawa)—We want to acknowledge the release from Capital Pride Ottawa. There are many perspectives and positions, and we know there is a need for dialogue and to build stronger relationships in our city. The Ottawa Police Service has participated in the annual Pride parade for several years […]

Double Collision & Seizure in Front of Bowling Alley on 9th in Cornwall JUNE 30, 2017 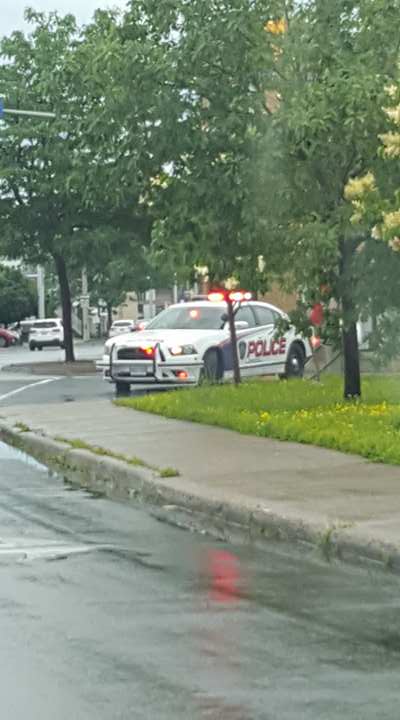 CORNWALL ONTARIO – A rainy Friday turned messy as two collisions occurred in front of the Bowling Alley on 9th and Pitt this afternoon at the same time a bowler was reported to have a seizure.  Three to five vehicles were reported.   CCPS have only confirmed three as of press time. CFN viewer Cyn […]

ASSAULT WITH A WEAPON Cornwall, ON – Aaron Collins, age 29, of Cornwall, was arrested on June 28, 2017. It is alleged that on this date he engaged in a text message argument with two individuals who were known to him. The argument escalated when he attended a residence they were visiting and confronted them. […]

Toronto Ontario – You’d think that something like this would happen in a place like Cornwall, but Toronto? A Federal panel, after being ASKED to not make personal information of group members fighting an anti-semitic, anti many thing, Toronto newspaper known as Your Ward News, saw that exactly happen.    The Panel released their […]

BREACH OF CONDITIONS (North Glengarry) – On June 27, 2017 at approximately 10:31 am, Stormont, Dundas & Glengarry Ontario Provincial Police officers responded to a report of a suspicious person on Main Street in Alexandria, Ontario. Police located the person and the Investigation indicated that the male was in contravention of previous release conditions. The investigation also […]

Another THUNDERSTORM for the CORNWALL ONTARIO area JUNE 28, 2017

Cornwall Ontario – Another thunder storm warning for the Cornwall Ontario region from Environment Canada for this afternoon and evening.  Expect hail and high winds. A high of 24c is expected in the downtown area.  The good news is that there’s not much rain expected overnight. Thursday 15-20mm of rain is expected. We will update […]

(Prescott, ON) – On the evening of June 27th at approximately 8PM, members of the Grenville County Ontario Provincial Police (OPP) responded to a single motor vehicle collision on Charleville Road, in Augusta Township, after a vehicle left the roadway and struck the ditch.  The male driver was found to be under the influence of alcohol and […]

(Prescott, ON) The Grenville County Ontario Provincial Police (OPP) is currently investigating an attempt break and enter to Prescott’s municipal garage, located on Sophia street. At this location an unknown suspect or suspects had attempted to enter two shipping containers on the property. No entry was gained, but the locks and containers were damaged.   […]

SPEEDERS DRIVE ROAD DEATHS UP; OPP TO CRACK DOWN            (ORILLIA, ON) – The Ontario Provincial Police (OPP) is pointing to speeding drivers as the number one cause in road fatalities so far this year, with the death toll in this category 76 per cent higher than this time last year.   As of June […]