PUBLIC ASSISTANCE Cornwall, ON – The Cornwall Community Police Service is asking the public to come forward if they have any information about a lawn tractor that was removed from a York Street address between November 11th, 2017 and November 15th, 2017. The tractor is described as a Cub Cadet XT1 with a 42” cut. […]

BREACH Cornwall, ON – Jordan MacDonald, 27 of Cornwall was arrested on November 20th, 2017 and charged with breach of recognizance for not remaining in his residence and breach of probation for failing to keep the peace. It is alleged while investigating an unrelated matter on November 15th, 2017 the man was found to be […]

Cornwall Ontario – Things You Should Know While Shopping At Sephora. Sometimes stores don’t tell you about all the extra goodies you can get it’s kind of like the secret Starbucks menu if you don’t know then they don’t tell you so here are some helpful tips and tricks while shopping at Sephora some of […]

ASSAULT, THREATS, FORCIBLE CONFINEMENT Cornwall, ON – A 42-year-old Cornwall man was arrested on November 16th, 2017 and charged with assault, threats and forcible confinement. It is alleged during an argument on November 16th, 2017 the man assaulted his common-law wife, threatened her and prevented her from leaving the residence. Police were contacted and an […]

Cornwall Ontario – Cold temperatures and mixed precipitation will make for a messy weekend in the River City. Expect rain, freezing rain, and snow depending on temperature fluctuations. Don’t venture out on long road trips to Toronto unless you’re driving a 4×4! Temps will hover around zero all of Saturday.  Sunday things will warm up […]

CRIMINAL HARASSMENT Cornwall, ON – Nathanael Hutchinson, 31 of Cornwall was arrested on November 15th, 2017 and charged with criminal harassment X2. It is alleged on more than one occasion in 2017 the man was responsible for unwanted interaction with a woman not know to him. Police were contacted and an investigation ensued. On November […]

DOMESTIC INVESTIGATION   (NORTH STORMONT,ON)- On November 15, 2017 at approximately 4:47pm, Stormont Dundas & Glengarry OPP officers responded to a report of a domestic situation at a residence in North Stormont Township. Investigation indicated that an adult male had assaulted his girlfriend.   An adult male (33) from Spencerville, Ontario was arrested and is charged with: […] 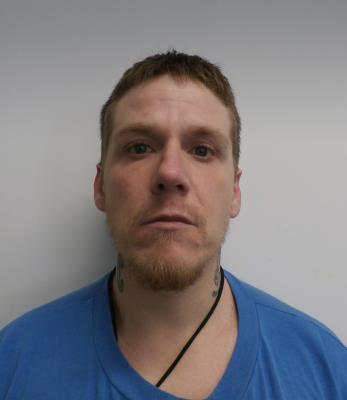 FEDERAL INMATE WANTED   (Ottawa, ON) – The Repeat Offender Parole Enforcement (R.O.P.E.) Squad is requesting the public’s assistance in locating a federal offender wanted on a Canada Wide Warrant as result of being Unlawfully at Large.   Kevin LAMOUREUX is described as an Indigineous male, 37 years of age, 5’9″ (175 cms), 200 lbs (91kgs). He […] 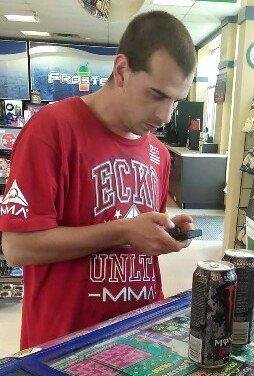 PUBLIC ASSISTANCE – COUNTERFEIT MONEY Cornwall, ON – The Cornwall Community Police Service is asking for the public’s assistance in identifying a man involved in the use of counterfeit money within the city of Cornwall. If you can identify this individual you are asked to contact Cst. Scott Virtue at (613)933-5000 ext. 2782 or ext.2404 […]