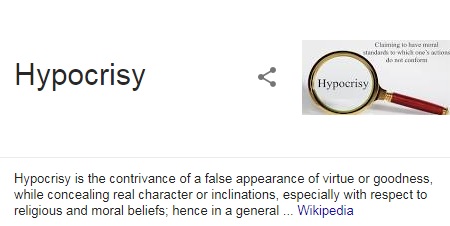 Cornwall Ontario –   One area lawyer refers to Mayor Leslie O’Shaugnessy as a hobo.   They get irate that the man won’t wear a tie to council and dresses shabby even to going as far as once saying he was going to drop some coins onto the mayor’s desk to help him go to Agape and buy a used suit…

After watching video of a donneybrook  at council where the Mayor had not only lost control of the horseshoe, but was participating in the mayhem last night’s council meeting reached farcical levels.

At the root were tweets a seemingly frustrated Mark A MacDonald made calling those on council who had signed a pledge to reign in taxed two faced and hypocrites.   MacDonald expressed that he had looked up the words in the dictionary and they fit and that he’d continue to fight to keep taxes down in this community.

And he’s right.   Which is more important, to wear a nice suit or to have integrity and accomplish what needs to be done?

In Cornwall sadly clothes and cars do play a larger role than normal.   People like Gilles Latour clearly lacked integrity, but gosh darn dressed nicely and even after their scandals sadly would be more acceptable to far too many than say our hobo mayor or this writer who’s been maligned for my own choice of attire (and of course for being overweight and in certain hushed circles, for being….Jewish – Cornwall is indeed a special community)

Council followed through on plans to file a code of conduct complaint against Coun. Mark MacDonald last night. Here's some clips of the confrontation, for all the context click here: http://www.standard-freeholder.com/2018/04/23/cornwall-city-council-files-complaint-against-mark-macdonald-with-ontario-ombudsman

Posted by Standard-Freeholder on Tuesday, April 24, 2018

People like Claude McIntosh, Bernadette Clement, and those those that supported this motion clearly show why they are unfit for office at any level.   They may mean well and at  some levels and they may want to help their community, but right now the only thing council should be focusing on is how to resolve the budget.

Typical, you don’t have to follow the rules if you want to ambush someone. I thought New Business motions are supposed to be given to the Clerk before the meeting

Instead they are still racking up bills, seemingly gleeful because the auditors said that there’s plenty of room for the city’s credit threshold like teenagers that find out their maxed out credit card just got its limit extended.

You can’t run a city like that any better than you can your own life.  Eventually you hit a wall and in the meanwhile you end up not being able to pay for important things because you did crazy things like buy old bank buildings for what would be several times the cost of a building you could’ve already purchased that would pay for itself.

No, anyone that actually cares about the city they live in, cares about how much they are paying in taxes, and cares about building a better community; one that doesn’t see its young flee and doesn’t like so many empty storefronts needs to shake their heads and realize that dramatic change is needed.

But then I’m an overweight apparently badly dressed Jewish outsider.  What the heck would I know….

And the other delicious irony in that the thin skinned mice are actually highlighting his strength in trying to actually serve his community rather than their very clear failings.