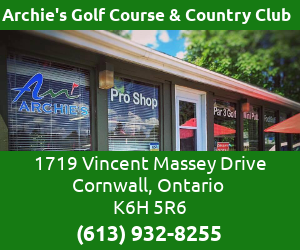 Cornwall Ontario –  A rash of break ins and robberies in the Vincent Massey section of Cornwall has many business owners upset.

Specifically cited were a lack of information from the police to the public and business owners and a lack of presence on the street in the form or patrols or CCPS cars parking in the area.

We relayed one message to the Cornwall Community Police Service:

Wondering if the police are saying anything about the continuing rash of B&Es and seems escalating to armed holdup at Pet Smart on Vincent Massey. All tend to be west end and video footage confirms many (if not all are same guy). Pretty frustrating in that they’ve been given a name and those commenting online certainly seem to know who it is. Wondering why a public safety message hasn’t been issued to alert people and businesses?

Stephanie MacRae of the CCPS sent in this statement for publication in response to our query.

The CCPS have received reports of multiple break & enters to businesses within the City of Cornwall. At this time, the Criminal Investigations Division is actively investigating these incidents. When possible, photos are being circulated on CCPS social media pages in hopes of identifying a suspect or obtaining information from witnesses.  In addition, the CCPS has been working with the local business community, providing workshops and information handouts, while offering strategies for preventing crime to commercial businesses.

The CCPS, while working with local businesses, is asking anyone who may have information regarding these incidents to please contact 613-933-5000 ext. 2418 to speak to a dispatcher or ext. 2404 to remain anonymous.

When shared the info above one business owner said that they’d it was news to them as there has been little communication from the Police Service which costs Cornwall residents nearly as much as Toronto per capita when the OPP in SD&G cost nearly 2/3 less.   Chief Dan Parkinson, and many high level officers actually live in the counties rather than Cornwall.


This is not the first crime rash to hit Cornwall and not be communicated by police.

A rash of “Bump” key break ins occured on Pitt Street and Times Square last year with many owners complaining that if they knew they’d upgrade their locks.

Have you been broken into recently?  You can email us at info@cornwallfreenews.com as we’ll be updating this story as more information becomes available. West End of Cornwall Businesses Upset at Police For Lack of Answers & Action by Jamie Gilcig 102918 added by admin on October 29, 2018
View all posts by admin →