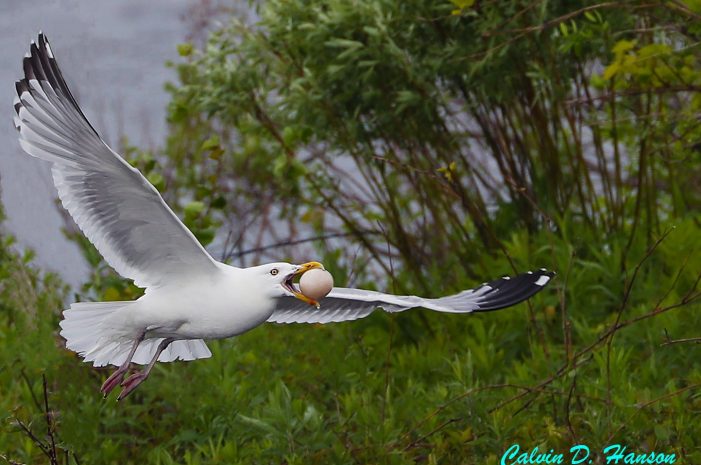 A gull raided a Goose nest from a small island in the St. Lawrence River near Ingleside, Ontario, Canada and flew off with one of the eggs.

The gull punctured the egg with its bill accidentally while it was flying and some of the residue inside the egg streamed down to the island below where the parent Goose was standing.

The gull had trouble keeping the large egg in its mouth, so it dropped the egg in the river, and immediately retrieved it, taking the egg back to the island about 10 feet from the original nest.

The Mute Swan was visibly upset that the egg had been stolen from a nest.

He then picked up nearby twigs as well as shoreline grasses and placed them close to the egg, as if to help the parent Geese rebuild a nest for the stolen egg.

The Mute Swan realized at that point there was nothing more he could do, and he ventured back into the river to continue swimming.