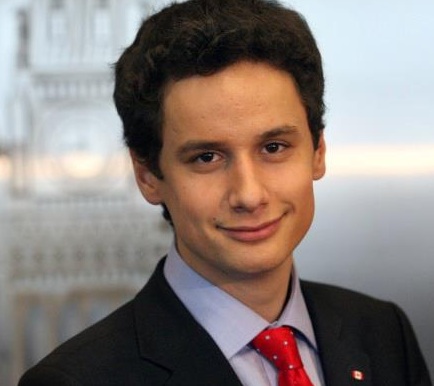 CFN – The Great Liberal Defeat of 2011 and the ensuing rebuilding process has been a favourite topic of Canada’s news media and political punditry over the past several months. Yet, as we come closer and closer to the one-year anniversary of the Grits’ stunning defeat, few have provided a comprehensive description of what it […]

CFN – Climategate is back in the news again, but not in the way the climate science denial industry would like. It appears that one of the denial industry’s main companies, the Heartland Institute, has had some embarrassing email and document leaks, and is in heavy damage control mode. When Climategate first broke the news […]

CFN – Pilot Dan Baz is answering your flying questions here on the Cornwall Free News. If you have a question about flying you can email Captain Dan or post below. Question What happens to the waste from toilets and sinks ?Question asked by Christopher Answer Some say that as the flight progresses and everybody gets […]

Your Police Blotter for the Cornwall Ontario area & OPP Regional Round Up for Friday December 9, 2011

CFN –  We’re catching up on our police blotter for the Cornwall Ontario area and OPP Regional Round Up! WARRANT               Cornwall, ON- Joshua Deevy, 27 of Peterborough was arrested on the 8th of December, 2011 under the strength of an outstanding warrant. It is alleged that on the 1st of December, 2011, he failed to attend […]

The “powers-that-be” at Cornwall have rejected the idea of exchanging ship ballast water at the Port of Cornwall. No problem .  .  .  .  that rejection opens the door to play another card should New York State stand firm on their proposed regulations regarding ship ballast water, to take effect as of August 2013. There may […]

Letter to the Editor – Harry Valentine things it’s Back to the Future for the Port of Cornwall Ontario – October 21, 2011

By admin on October 21, 2011   Cornwall, Headlines, Letters to the Editor, News, Opinion

Older generation residents of Cornwall may recall the old days when the city was a bustling river port that included a drydock. New York State proposes to impose new rules that pertain to the ballast water carried aboard ships that sail along the St Lawrence Seaway. After 2012, westbound ships that arrive at the Eisenhower […]

Ask Captain Dan: Where is the gasoline tank on an airplane ? Our Resident Pilot Answers Flight Questions August 10, 2011

Toronto ON – Pilot Dan Baz is answering your flying questions here on the Cornwall Free News.   If you have a question about flying you can email Captain Dan or post below. Question I can see where the gasoline tank is on a motorcycle and I know where it is on my car. But where […]

Cornwall ON – Twenty years ago, July 11, 1991 First Nation speakers came together from all over North America to commemorate the events known as the Oka Crisis. It was a time of healing, respect, dignity and a strong path forward. What has happened since then? What has happened lately? There was another invasion by […]

Pollution Hot Spots May Contaminate Us All – Cornwall Ontario – September 5, 2010

Cornwall ON – Pollution is just about everywhere you look.   While the battle to clean our Environment seems like a losing battle most days progress does happen.  Sadly for every small victory there are catastrophe’s like the Gulf Oil Spill; another of which just occurred recently. The scary thing is the degree of pollution that exists in some […]

What is “Peak Oil”? I have referred to Peak Oil several times in earlier columns, so I think now I should go into a little more depth on the subject, and explain exactly what Peak Oil really is. Oil is created deep under the earth from dead animal life (mostly plankton) dating from the dinosaur […]

Cornwall ON – BP’s oil spill in the Gulf has led to a spurt of value to the Oil Sands in Alberta.   As usual the focus economically is on the easiest and dirtiest of energy sources.  And the vision is purely in the short term. While we collect those short term dollars on the […]

Did you receive your new phone book recently?  Have you noticed that the Yellow pages now include an ecoGuide?  How amazing is this…we now have recycling and repurposing information right at our finger tips. This guide lists all the local organizations and businesses that will look after your hazardous waste items and repurpose the items […]

Early meeting of City Council with the focus on spending of Taxpayer Dollars. Topics du Jour were the Water & Sewage Treatment budgets and cleaning the mess on Pitt and First for the parking lot in back of the stores on the North West corner. First the sewage.    I love how at the public […]

Stacy Landriault and her partner Alain Leblanc have opened up one heck of a Pet Store at 805 Sydney here in Cornwall Ontario. It’s a smaller version of big box pet stores and features a full line of pet food as well as a grooming facility, birds, fish, reptiles, lizards, small animals, supplies, toys, and […]

L I N K – I think Hockey.  I think Stephen Harper?  Methinks not.  Sweater vests yes; beating on little guys or natives, yes; suggesting that as the economy tanks it’s a good time to buy stocks; especially on a minimum wage salary, yes. Dropping the puck at the opening ceremony of a new Ice […]

2012 – It’s only a Myth Today, as Canadians thanked their veterans for their sacrifices during the World Wars, Korea, UN Peacekeeping duties, and Afghanistan, similar ceremonies took place throughout the world. In a historic event in Paris, French President Nicolas Sarkozy noted that not only did French children cry for their lost fathers, but German […]