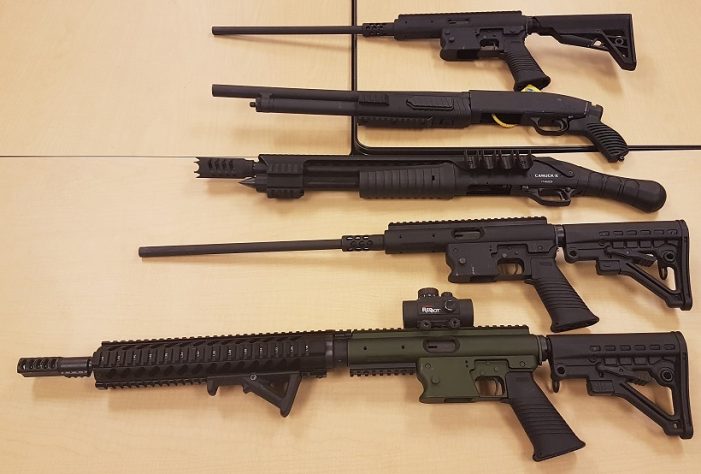 JOINT INVESTIGATION UNCOVERS CACHE OF WEAPONS AND AMMUNITION (ORILLIA, ON) – Three people face charges following a lengthy investigation by members of the Ontario Provincial Police (OPP)-led Provincial Weapons Enforcement Unit (PWEU) and the Durham Regional Police Service (DRPS). Project FLICKER began in 2017 as an investigation into the importation and trafficking of firearms from the […]

DRUG WARRANTS Cornwall, ON – As a result of ongoing investigations by the Cornwall Street Crime Unit five drug warrants were executed at four different residences within the city on August 23rd, 2017 resulting in the disruption of what is believed to be an organized group. During the execution of the warrants a quantity of […]