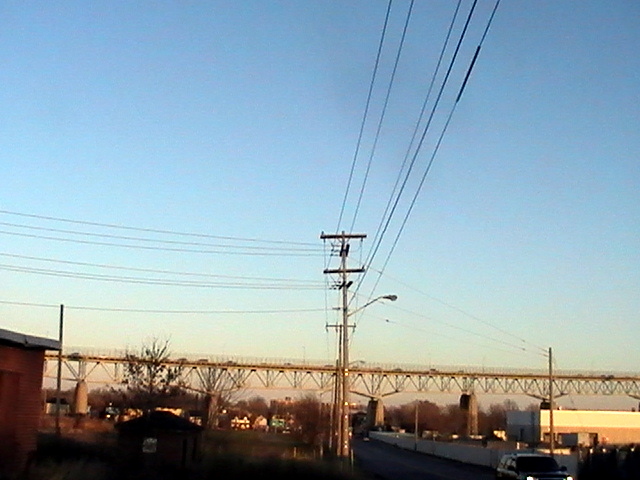 Cornwall Ontario – Michael Peeling is reporting in the Standard Freeholder that the 3rd lane of the temporary border crossing into Cornwall Ontario allowed an Ambulance to reroute rather than open the 3rd lane which according to CBSA officials is supposed to be open and alleviate traffic delays at this crossing point.

“The Canada Border Services Agency isn’t sticking to its claim the third lane of the temporary customs plaza is available for letting emergency vehicles into Cornwall.

On Saturday at around 1:30 p.m., an ambulance coming from Cornwall Island could be seen driving north on the bridge, on its way to clear the port, while an official stopped traffic waiting to clear the southbound toll booth at the Cornwall end of the bridge.

The northbound ambulance was allowed to use the southbound lane to clear the port, bypassing a customs inspection, and make a U-turn onto Brookdale to head south into Cornwall.

The CBSA did not open the third lane “to facilitate the movement of any emergency vehicles when needed.”

The lane was closed, with construction pylons and two CBSA vehicles blocking it.”