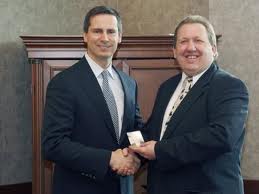 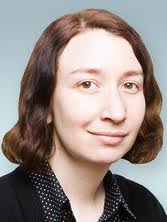 CFN –  Cornwall sure has been “branding:” itself of late.   Moneysense Magazine comes out with a Best City to Live in Canada each year and for this year Cornwall Ontario dropped from 90th in the 190 city ranking to 167.    The City also finished 98 out of 100  in the CFIB Communities in BOOM report on Small business growth and viability.

Mr. Shaver’s standard response is to criticize the reports instead of reflecting that the leadership and vision of city leaders of this city of nearly 50,000 people has room for improvement and maybe, just maybe, look for solutions instead of excuses?

“We welcome any information that may help us better understand the needs and concerns of our business community and what we can do collectively to improve our economy. Unfortunately, the
sample size for Cornwall is relatively small, and as a result, it’s difficult to draw any definitive conclusions from the CFIB report.”

Both the City and the Chamber of Commerce are committed to the retention and expansion of small and  medium enterprises. The Cornwall Business Enterprise Centre is currently conducting an average of 25
consultations with new and prospective entrepreneurs on a monthly basis.  The Chamber of Commerce also supports small businesses through a variety of programs and services.

This week, for example, it is hosting BizFest, a week-long conference focused on innovation, growth and development of the business community. The City of Cornwall is a major sponsor of BizFest .

That was Mr. Shaver’s answer to the CFIB report, and BIZFEST, an event that was an utter disaster that saw the Chamber lose thousands of dollars which the Chamber apparently could not afford as it’s been running in the red now for several years relying on income from the Motor Vehicle services office it is the franchise holder of.    Imagine a Chamber of Commerce losing money or potentially going bankrupt?  Now that’s leadership!

We had to search for the release as apparently the Chamber has lost the Cornwall Free News email….again.

The Cornwall & Area Chamber of Commerce is surprised and somewhat suspect of  the results of the recent MoneySense showing Cornwall dropping to 167 th position in the Best Places to Live report. “The Chamber has reviewed the findings of the survey and will continue to study the methodology used in determining the decline in our rating.” States President Shaver.

The report considers factors such as climate, ease of travel, affordable housing, population growth and unemployment. The data and methodology used in the study is confusing and perhaps not the most accurate way to grade the cities. For one, how can the quality of life be assessed without the input of the people living there; Should the lifestyle of the population be considered, the results may be very different.

President Shaver notes that Cornwall was not the only city in the area that experienced a decline in their rating, among them; Hawkesburry, Brockville, Belleville and Cobourg. It appears some categories are based on projections, rather than accurate numbers. The most baffling, is the  unemployment rate at 12%, which the Chamber feels is close to double the actual percentage.

According to the methodology, the unemployment rate category is one that carries a great deal of  influence on the outcome of the report. Weather is the most influential category and the  methodology measures 1cm of rain equal to a foot of snow.

The Cornwall Chamber of Commerce invites Moneysense to visit Cornwall and get a first hand look at what our city has to offer it’s residents. The Chamber encourages residents to follow Mayor Kilger’s lead and not let the outcome of this survey distract us from the many positive attributes Cornwall has to offer. She had the following to say:

MoneySense is Canada’s top personal finance magazine, and this is the seventh year we’ve put out the Best Places to Live list. It’s a great tool for city governments and citizens to use to address areas where the city needs improvement, and see how their city is changing over time.

The source of our unemployment data is Statistics Canada and Canadian Demographics. Unemployment makes up 10 out of our 105 points.

Sometimes Local Politicians use our score as a way to show solidarity with their constituents as a positive tool to promote growth.

She said it was normal for leaders to react to poor scores, and of course they react to good scores too like nearby Ottawa Ontario that scored the number one spot on the list as the best place to live in Canada.

With the City of Cornwall falling in every category from 2011 to 2012 it seems odd to try and single out one category?    Mr. Shaver is also on the board of Kinsman Cornwall Lift Off 2012 which still has to announce who is on their board, or much of any details to this years event.  He returns to the Balloon fest after quickly resigning as its president in 2011 when the event had to request an emergency $30,000 loan from Mayor Kilger and the City of Cornwall.

Mr. Shaver did not return our attempt to contact him for reply to this story.   You may post your comments below.