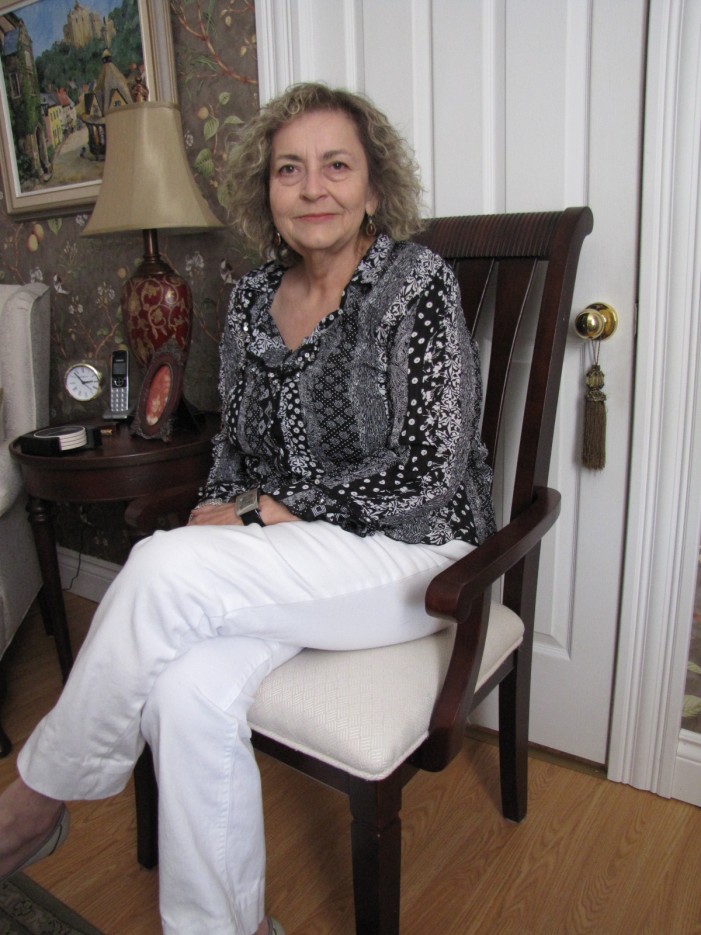 CFN – “The Women Gather” by author, Katalin Kennedy is a learning journey that readers can identify with. I found it absolutely fascinating and uplifting.  Starting in the late 1990s, “The Women Gather” journals the phases our society has gone through, the problems and resistance encountered and projects our world into the year 2066.  It shows that there is a positive, potential  future for all of us, men and women alike.

“I was a long standing fan of Margaret Atwood in my English Literature days at Carleton University in Ottawa.” Katalin told me.  “I had been immersed in Twentieth Century Literature and the endings were so negative – they didn’t give me hope.”

“I was exposed to the negativity and what their lives were all about – a sense of hopelessness prevailed.” Katalin explained.  “Even the films reflected that.  Is that what we are about?  I don’t accept that we need to be dark and disillusioned.”

Katalin’s positive attitude is not surprising.  She and her family escaped Hungary in 1956 and landed in Saint John, New Brunswick.   She now lives in Cornwall and writes a monthly Kindness column for The Seaway News.

“The Women Gather”, reflects author, Katalin Kennedy’s passion to put forth her belief that the world can, indeed, create a more positive future.

“The Women Gather” takes place in Lemuria, Ontario, at a teaching retreat for women, which originator Nora Fényes-Bryson created to provide a safe haven for women to rediscover their true selves and make the world a better place.  The Norean Order spread throughout the world and women from these wide spread Sanctuaries are now attending the “Gathering” Symposium in the year 2066 to report and share their journey.  The Norean Order addresses society – each person has their own struggle, yet feels there is hope.

“I started writing it in 2005 and essentially finished it in 2008.” Katalin explained.  “Because I was doing hundreds of other things, writing was what I needed to do but a personal life situation made it difficult – I had to find a way to get back into the stream of it.”

Katalin feels that the delay was a positive thing as the years and other experiences , brought new bits to it allowing the characters to evolve to a deeper level.

“I had set up a strong plan so I knew where I was going but over time they – the characters –  became more dimensional – more individuals and, oddly enough, real people in my mind.” Katalin said.  Because the characters changed I had to shift the ending.

It is a book filled with symbolism.  One particular image is a white stag.

“The white stag reminds me of the Unicorn, an image from my Hungarian background.” Katalin went on to explain how the Unicorn played a role in her life from her University days when she studied Comparative Religion. “ It seemed right to include it.”

“When I had finished writing, I felt that I had lost a best friend.” Katalin told me.  “I wanted that friend back but of course, the next step was to publish it.”

“I am trying hard to step away from how it will be received – although it does make me wonder how it will be received.” Katalin said with a laugh.  “It will take on a life of its own – that is the joy.  There is so much in the book and each person will find their own lesson.  Even as a superficial reader there is a point where it has to grab you to give you a message.”

Personally, I have read the book three times and each time found yet another level of understanding.

“This is not autobiographical.” Katalin pointed out to me.  “My emotions and experiences are in there – after all you write about what you know, even if it is empathetic.”

Katalin is hosting her Book Launch on Saturday, July 21st at The Cornwall Public Library.  It will be in the Program Room on the second floor between 2:00 – 4:00 PM.