Spirits in Unity Column 14 and introduction by Garry “Horsetalker” Meek 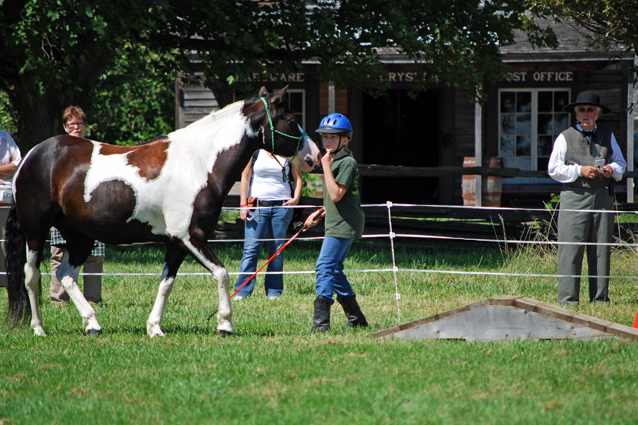 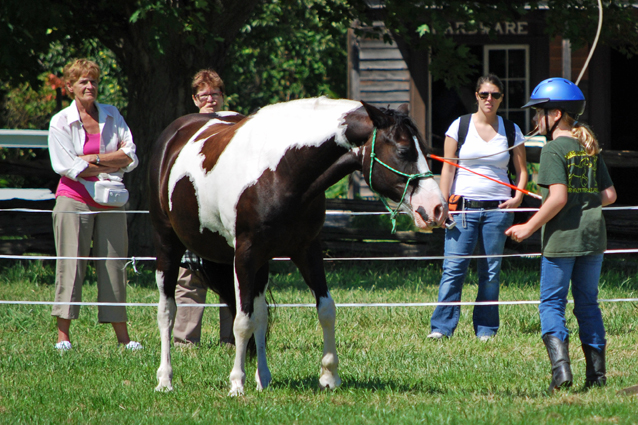 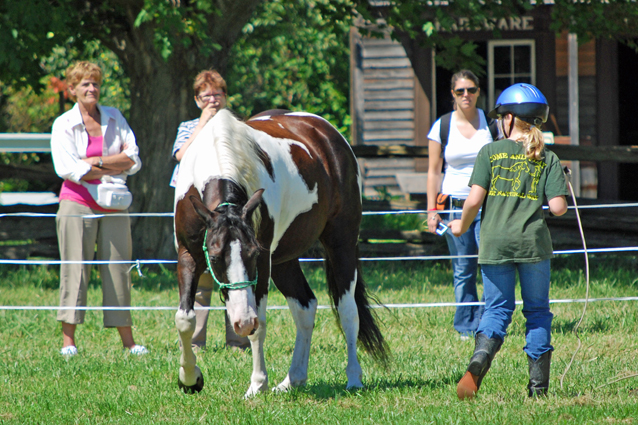 CFN – This Column of “Spirits in Unity” is being published by CFN for the community of Stormont, Dundas & Glengarry. It is an honour to have you as a reader. I welcome any comments, questions or topics you would like me to discuss. I hope you enjoy reading about the wonderful world of horses and the impact that natural horsemanship can have in making it a better world for both horses and humans.

Negative Reinforcement and the Attitude of Justice

Horses and humans learn quickest from negative reinforcement. Think of the first time a horse touches that white electrified fence. He usually doesn’t ever touch it again, because the shock of the first encounter has taught him a valuable lesson and to him it was a survival issue. That experience is indelibly etched in his right brain memory. Now there are of course exceptions and some horses and humans just have to try it one more time. How many of the guys out there remember your mother telling you not to stick your finger in a revolving fan. And how many of you did it anyway, the first time.

I remember my dad telling me of a story about his brother who owned an old jeep and he was having trouble getting it to turn over so he reached into the engine compartment and gave the cooling fan a turn with his hand like you have seen those pilots of early planes who would grab the propeller and give it a turn to start the engine. Unfortunately for my uncle, the fan started up faster than he had planned and it lopped off a couple of his fingers in the process. Ouch! Now that is negative reinforcement, really negative. Bet you he didn’t try that again.

I’d bet his mother probably told him about fans too, but he didn’t get it did he. Now if his mother had changed her tactics with the fan and made a game out of it say by taking a small carrot and having him shove it into a fast spinning fan and seeing it get lopped off, maybe he wouldn’t have had to sacrifice his fingers for the lesson. Maybe he would have had a more vivid visual memory of the consequences and stop doing it. Knowing my uncle, maybe not, but usually it works for most of us. That is still negative reinforcement but without the severe consequences. So how does this story relate to the Attitude of Justice? Again it is about doing what is necessary to keep you horse or your child safe without resorting to violence which may have more severe long lasting emotional consequences, but still be willing to be firm as necessary.

Several years ago I took some of my students to a horse show at a local fairground to watch a jumping competition. On one occasion, a young girl and her horse were navigating the course when the horse refused to go over the jump nearly unseating its rider. You could hear the girl’s dad yelling in the background, “Give him the Crop” which she did dutifully, once, twice, thrice, each time getting harder as she reproached the jump. The result, the horse stopped more abruptly throwing his rider over the jump. In fear the horse bolted and ran for the out gate where he was met by daddy with a whip which he mercilessly applied to that horse.

In the following class, the same horse and rider appeared for another try. The result was the same, but this time the horse bolted and headed for the fence in our direction clearing a 5 foot high fence, not 3 feet from where we were sitting. There could have been a tragic accident that day.

Now most people won’t have much difficulty answering the question, “Did that horse experience the Attitude of Justice?

So how do you handle situations where control certainly needs to be applied without bringing up that old chestnut about doing what you’ve got to do?

During a recent lesson a student of mine was experiencing control problems with a young quarter horse named Poncho. Now Poncho is a Left Brained Extrovert and to say the least a bit devilish at times. As the student was preparing him for the day’s lesson, Poncho noticed that the arena door was open and decided that it would be good to leave and go outside and eat grass. So the chase was on. After retrieving him and bringing him back into the barn, it was only a matter of moments when Poncho was off again. This chase and retrieve game went on for a few more tries. Each time that he was caught, he returned with his handler like a perfect gentleman, but each time the same thing happened. It had turned into one of Poncho’s favourite games, the ‘chase me’ game.

My young student was beginning to show signs of frustration by this behaviour, but he remembered not to allow himself to get upset, but to just stop for a moment smile and say to himself, “Hmmm, isn’t that interesting.” Now that’s where the attitude of justice begins. You see sometimes you have to abandon the mission and apply the do over principle. So I asked him if I could try something. First we blocked off the arena entrance to give us a better advantage of playing his game. You see I want to try to make my idea his idea, but I need to know what his idea is first. Then maybe I can turn things to my advantage and still make a game of it.

This time when the chase began, I carried a training stick with a savvy string and a leather popper at the end and as I approached Poncho I snapped the popper towards him. Immediately he turned to look at me for a moment but still moved off. Again I approached, this time closer and again snapped the popper as close to him as I could without touching him and pointed to my young student at the same time. Poncho immediately ran over to my young student and stood beside him quietly, all the time keeping his focus on me.

You see, I had made him uncomfortable and he returned to his handler a place he knew would be a place of comfort because of the trust-bond relationship his young partner had developed with Poncho. There wasn’t any further problem.

So how did this work really. Well it has to do with “Prior and Proper Preparation”. You see, one of the most difficult things with Left Brained Extroverts is getting them to be responsive and Poncho is very difficult in this regard. It has to do again with being willing to go to phase 4 in applying pressure, of being as firm as a gorilla when necessary. In Poncho’s basic training, it was always difficult to get him to turn and face you, respect your personal space and stop moving away. So I had to apply a technique I learned from Linda Parelli called the ’flick’ in which that same snapping motion with the training stick is used, but in the phase four situation it was necessary to get that snap to touch him on the sheath between his hind legs. When he felt that flick on his sheath for the first time during his training he immediately responded correctly.

Now whenever he hears the ‘snap’ from the popper, he immediately looks for it and responds quickly and appropriately.

For my young student it was like magic, but it was more about dealing effectively with situations when they arise in order to make it easier to deal with the next time around.

This technique applied the principle of control by getting him to respond appropriately without getting mean or mad. It applied the Attitude of Justice by applying the technique effectively at phase 4 but only once. More than once would have started us down the road to punishment and that is never effective with horses. It used the effectiveness of negative reinforcement.

In the three photos you can see how Lindsay applies the Attitude of Justice with Poncho and gets him to turn, face up and relax just with a suggestion by just looking at his hindquarters. Going to phase 4 in the teaching phase of his training means that now Lindsay only has to go to phase 1, the suggestion.

In our ‘Spirits in Unity’ program we believe in developing a trusting relationship and a true partnership with a horse before even thinking about getting on his back. He probably prefers it that way too.

If you are interested in learning about our Spirits in Unity Tour for 2012 or what other people interested in horse welfare are doing with natural horsemanship in our area you can become a member of The Eastern Ontario Natural Horsemanship Club at www.meetup.com . There is no charge to join.

May all your dreams and your horse’s dreams come true,