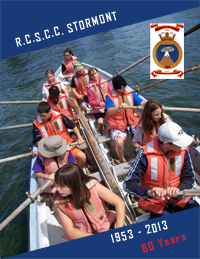 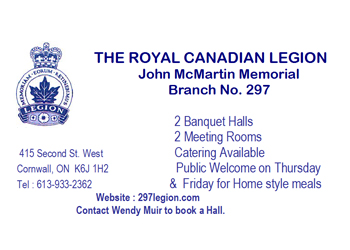 CFN – Over the course of the past weekend, alumni and friends of the Royal Canadian Sea Cadet Corps 110 Stormont, gathered to celebrate a landmark anniversary. 60 years of skills training, sportsmanship and community service is something special. And, the program has always been completely free to participants and their families. How many clubs and organizations can make that boast!

Festivities got underway with Friday evening’s meet and greet at the NAV Centre. Participants, some from as far away as Edmonton, enjoyed catching up over refreshments under the patio canopies, later moving indoors to view a slideshow and to listen to presentations.

On Saturday afternoon, the focus moved to the Cornwall Armoury where Reviewing Officer Rear Admiral P.T. Finn, Chief of Staff – Materiel Group, inspected the Corps at their headquarters. Displays included a special video presentation on the history of the Corps, a private collection of war medals, as well as shear legs demonstration and precision drill in addition to traditional and contemporary music by the Corps’ band.

Following a post-Annual Review reception in the Officers’ Mess, Reunion participants returned to the NAV Centre for a buffet supper banquet, yet a third slide show, speeches and much reminiscing.

In spite of a rainy start to the day, a smaller group met Sunday morning for a guided tour of the Corps’ Cadet Camp and Sail Centre. For some, the tour included a short excursion on one of the Corps’ three whalers. Two of the Reunion Committee members launched an in-depth search into specifics of the Corps’ history. Some of the information and photographs uncovered were compiled into a special edition Memory Lane glossy book created to commemorate the occasion. The book was a real hit among participants. A limited number of copies are still available by contacting event co-chair, Monique Levac Branchaud at 613-936-0638.