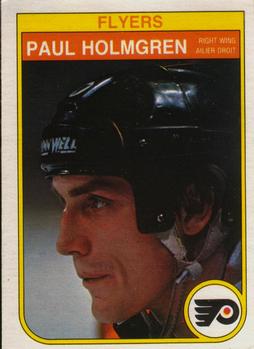 CFN – Flyers GM Paul Holmgren is not a popular man in Montreal this week as he’s foiled poor Montreal GM Marc Bergevin twice in one week.

First at the draft selecting 6’6 Samuel Morin, Quebec born Defenseman who Mr. Bergenvin was about to trade up in the draft for.

Next up was snatching Vincent Lecavlier who signed a 5 year $4.5M contract with Holmgren.

While some are playing it down in Montreal the reality is that the Habs lost out on a key player that they have missed for over a decade; ie a big centre with some offensive push still.

While Vinny is not in his prime any longer, with no serious injury history the 6’4 centre who usually has over 100 hits per season to go with his 50 to 60 points would fill a gap that is desperately needed in Montreal where Tomas Plekanec has been overused and abused in situations that have hurt his own productivity.

For those that argue that Vinny played with Stamkos and St. Louis it could be argued that they in fact played with Vinny too.   As a number two or 1B centre other teams can load up against one player as easy without being burnt.

As for the value of his contract, if you can sign up diminutive David Desharnais for $3.5M how hard would it be to cough up $5 for Vinny?

A 5 year deal would take Vinny to the ripe old age of 38.  Jean Beliveau, whom many compare Vinny to, played until he was 40.

While buzz is now shifting to Danny Briere (hope not unless its for a really low salary) or 3 year older Jarome Iginla the bottom line is that Mr. Bergevin failed to fill a critical need for the team.

And Montreal benefitted from the shortened season last year.    First off with their younguns getting off to a quick start before the older players got back into game shape.  As the season got closer to its finish and teams started to amp up playoff style hockey the Habs crumbled including their route in round one.

Mr. Bergevin really has to right the ship fairly quickly as Hab fans will not tolerate failure.

As for the draft, Trevor Timmins had an interesting day.   Michael McCarron has some potential to be a power forward and Zach Fucale was the best goalie on the boards.   Not sure what they saw in Jacob De La Rose or Artturi Lehkonen?    It was a weird draft overall this year with much less movement than expected by many.

What do you think Hab fans?  Does Bergevin looking better or worse to you?  You can post your comments below.