AUGUST 4, 2021 – Was Frank on a beer run to Rivière-Beaudette? SD&G OPP have confirmed that the SQ reached out to them regarding Mr. Prevost who is facing charges of a sexual nature against minors. He was said to be charged with breach, and a court date scheduled for October 22, 2021. We will […]

By admin on October 6, 2014   Community, Crime, Headlines, Morrisburg ON, News

LURING A MINOR (South Dundas) – On October 5, 2014 SD&G OPP began an investigation into a report of online incidents which occurred in the Village of Morrisburg, South Dundas Township. Investigation indicated that over the past several months, an adult male has repeatedly made contact with a female youth via online applications and telecommunication. […] 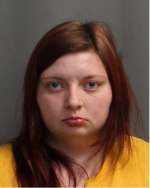 CFN – Through a series of investigations, Toronto Police became aware that children were allegedly being lured into providing pictures of themselves on the internet by a woman. It is alleged that: – she used a number of online personas, to appear like a man – she convinced young boys to provide explicit pictures – […]