It is that time again for us to be aware of animals and children left in hot cars. Dr. Ernie Ward’s video at: http://drernieward shows him placing himself in a hot car and how fast he wanted to get out of it, suffering so quickly from the intense heat after only minutes. Another informative […]

There will be a fundraising dinner for the restoration of the Bishop’s House in St. Raphael’s on April 16th. Cocktails at 5:30 and dinner at 6pm. It will be held in the Char- Lan Recreation Center in Williamstown. and will be hosted by the restoration committee, The Glengarry Fencibles Trust. Cost is $60 per […]

The tenants at Beek Lindsay Seniors Residence are collecting food for a local food bank as they do for Thanksgiving and Christmas each year also. Food collections are under way for various food banks such as the Salvation Army, Trinity Anglican Church Food Cupboard, Agape Center and St. Vincent de Paul Society. It is a […]

Happy Birthday on February 28th. to Randy Lalonde, one of our dedicated Paramedics. I have known Randy for a long time. He worked with me years ago at Mount Carmel House Treatment Center for Drug and Alcohol Abuse in St. Raphael’s. He was a conscientious worker and a very caring and committed staff member. […]

January is Alzheimer’s Awareness month and the Alzheimer Society has launched a new initiative called Dementia Friends. They are hoping that the community will make a difference by becoming more inclusive of some people with dementia and/or their caregivers. It could involve us learning more about the disease, or volunteer to take a person […]

I had the opportunity to be a volunteer for a few hours at the Cornwall Community Christmas dinner at the Agora Center on Christmas day. What a party!!! Smiling faces on everyone: volunteers and guests. There was music, prizes and great food and… great company!! I can’t imagine how Darlene Walsh and Bernadette […]

One cold and blistery Christmas Eve, Santa brought his sleigh to a stop on the roof of a tiny house down the lane. The chimney was too small for Santa, but as you know, small or big, down the chimney he goes. Santa knew that in this house lived Laurie, a widow with six […]

In the October issue of Good Times Magazine are two very informative short articles on Diabetes by Wendy Haaf on the ‘Health On the Record’ page. One of the articles talks about the food order in which Type 2 Diabetics ingest their food can make a difference in the blood sugar levels. When the different […]

One evening my Mom called to me to come into the living room to see ‘this crazy guy’. It was September 9th, 1956. Elvis was appearing on the Ed Sullivan show for the first time. We didn’t know who he was but my Mom was a bit shocked because he was really ‘jumping all […]

The Bishop’s Palace in St. Raphael’s has been saved, thanks to a hard working committee, the Glengarry Fencibles Trust. It was doomed to go under the chopping block for demolition in July. The committee was able to stall that from happening by asking the South Glengarry Council to stop the demolition of the 208 […]

My brother Ron Herrington is a resident of Heritage Heights Retirement Home. His good friend Bob Katz visits Ron every week. Bob also picks up my brother once a week and brings Ron to his home for dinner where he cooks Ron’s favourite foods for him. I get invited which is nice.(No cooking and […]

In the March/April 2015 issue of Spirituality and Health Magazine, there is an article by a writer and Educator, Joan Leof. According to her web site, www.joanloef.com, writing has been her medicine and muse since she wrote her first poem at age 8. Her memoir is now available, ‘Fatal if Swollowed. Reclaiming Creativity […] 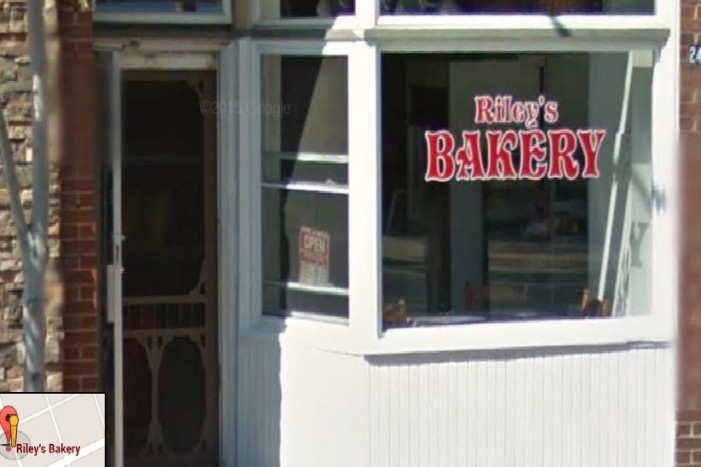