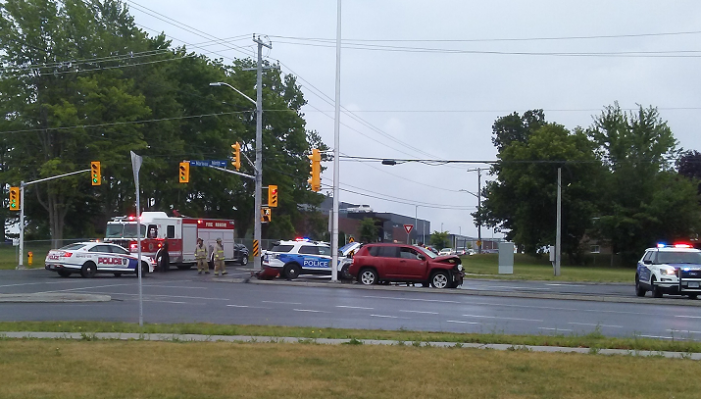 #383 – This afternoon at approximately 2:30 pm, a Cornwall Police Service officer was responding to a priority call when entering the intersection of Ninth St. and McConnell Ave. A motor vehicle collision subsequently occurred at the intersection, involving the marked police cruiser and another motor vehicle. The officer has been transported to the hospital […]

ASSAULT, BREACH   Cornwall, ON – A 46-year-old Cornwall man was arrested on June 1st, 2016 and charged with assault and breach of undertaking for failing to keep the peace. It is alleged during an argument in the early morning hours of May 31st, 2016 the man pushed and struck his 44-year-old girlfriend and police […]