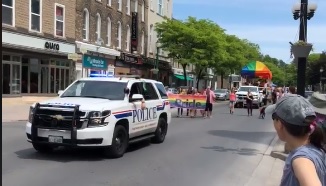 I wasn’t invited to the Orlando tribute here in Cornwall on Friday.   Nor was CFN sent a release or invite which is odd as we’re the only newspaper in this community that has not only truly been Gay positive, but actually has sponsored (that’s given actual free advertising for Corus radio types viewing) to […]