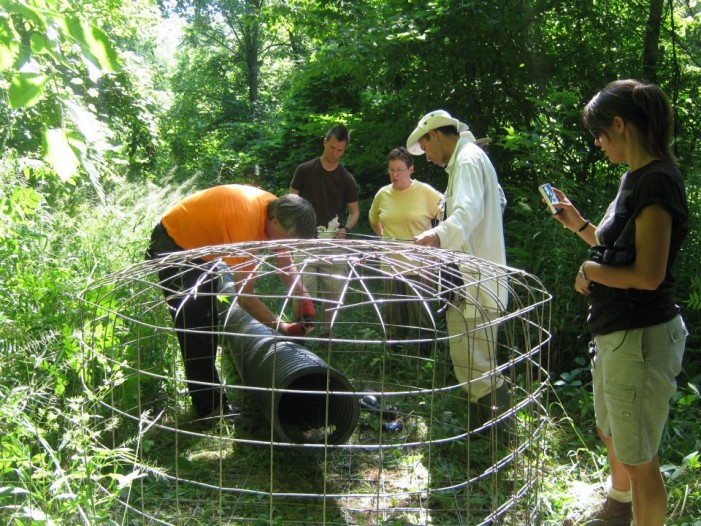 CFN – Wildlife organizations, appointed to help develop a Wildlife Strategy for Ottawa, have resigned in frustration, requesting that their organizations’ names be removed from any final document produced by the city.

“we regret having to make this decision because we were instrumental in bringing the proposal for a progressive Wildlife Strategy forward to Council.  However, we cannot endorse the Wildlife Strategy Report because it will not change the very negative climate for wildlife in Ottawa and, in fact, further entrench outdated attitudes”.

Liz White, spokesperson for the Ontario Wildlife Coalition (OWC) and a member of the Wildlife Strategy Working Group, has also submitted her organization’s resignation.

“I have very serious concerns not only with the substance of the report but the process used.  It seems the community organizations were simply used as window dressing and that staff had never any intention of implementing real changes to the status quo, explaining why the process was dragged out for two and a half years,” said White.

The development of a Wildlife Strategy was prompted by Ottawa residents who were angry and embarrassed with the City’s long-standing approach to wildlife in the Nation’s Capital that included shooting moose, trapping beavers and coyotes and gassing groundhogs in neighbourhood parks.

Pressure from groups like the centre and the coalition, along with support from environmental interests, resulted in a motion being passed by Ottawa City Council on February 24, 2010 stating that “staff be directed to develop a comprehensive and integrated wildlife strategy for the City of Ottawa, centred on wildlife-sensitive planning, with a focus on public education and awareness programs and involve appropriate City departments, the National Capital Commission, the Ministry of Natural Resources, other relevant agencies and community stakeholder organizations in its development and implementation”.

Although the above motion directed that it be involved in the development and implementation of the Strategy, the Wildlife Strategy Working Group has not met in a year and a half. The report and its recommendations were seen for the first time just a few months ago, distributed on a Friday just before summer holidays. There was no consultation on the report’s recommendations or the demonstration projects already underway.

“We learned the Mayor’s office had the report months prior but was nervous it would be leaked to the media and the public. It is understandable why the City would want to keep the report under wraps given the glaring discrepancies between the goals of the Wildlife Strategy and the negative outcomes proposed in this report”, said DuBreuil.

The preamble in the report states “Council’s emphasis on an ecosystem approach reflected the desire to move past reactive policies and actions based on immediate concerns for particular species; it reflected a desire for proactive policies and actions that facilitate and foster a more harmonious relationship with all wildlife.” There is a serious disconnect between this rhetoric and the report’s recommendations below, showing nothing has changed in Ottawa:

·        the on-going trapping and killing of beavers throughout the city

for dealing with “nuisance” wildlife

·        demonstration projects to evaluate flow devices where there is no beaver, little water and no risk and, even if there were, the devices installed have been designed to fail

·        the recommendation for the hiring of a Wildlife Biologist at a cost of $100,000 annually to support these questionable endeavours

Last fall, wildlife organizations learned that an alternative Wildlife Strategy had been submitted through the City’s Rural Affairs Office.  Referred to as ‘Your Basic Trappers’ Manifesto’ by staff, we are concerned that this document was not provided to the Working Group for consideration.  “We wonder how much of an influence it has had in producing a very disappointing Wildlife Strategy, one that reflects a continuation of the ‘shoot, shovel and shut up’ practices on the part of the city that the community has been so critical of in the past”, said DuBreuil.

The development of the Wildlife Strategy and the process used confirms what a growing number of Ottawa residents see as a concerning trend. “That the City of Ottawa is unwilling and unable to work with the community. From a wildlife perspective, it will mean more needless deaths of animals as well as public frustration and controversy, with Ottawa continuing to be seen across the country and beyond as the ‘most wildlife unfriendly city in Canada’”, said White.

Community groups are planning a demonstration to protest how Ottawa deals with wildlife on Friday, September 14th at 12:00 noon at the Human RightsMonument on Elgin Street at Lisgar in Ottawa.

Wild Life Demonstration to be Held in Ottawa After Resignation After Wildlife Strategy Plan Rejected – FRIDAY September 14, 2012 added by admin on September 13, 2012
View all posts by admin →

2 Responses to "Wild Life Demonstration to be Held in Ottawa After Resignation After Wildlife Strategy Plan Rejected – FRIDAY September 14, 2012"