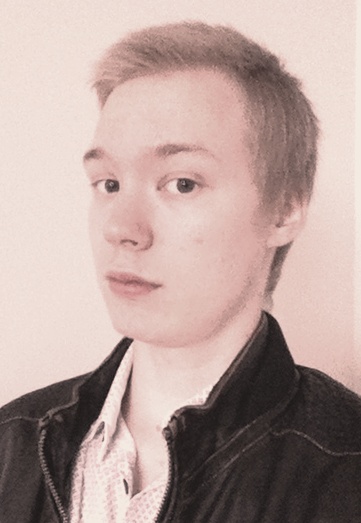 CFN – As many in the community already know, the Cornwall General Hospital is to be sold as a part of what is allegedly the final step in the Cornwall Community Hospital’s ambitious redevelopment plan which would see the Second street site’s services transferred to the Hospital’s McConnell location.

Some in the community have rightly voiced concern at the sale of the public health facility due to various effects it could potentially have on the delivery of service to those in need such as the elderly, I would like to propose an alternative means of looking at this situation.

While we need to address the potential effects there may be on the state of health care delivery in Cornwall because of the proposed amalgamation of services, the sale of the site of the Cornwall General Hospital does not necessarily have to be a bad thing, depending on what replaces it. It is my opinion that if such a transaction is going to take place, the community should strive to make it as positive as possible.

We do so by trying to attract the right investor; one who would have the bold ambition of finally bringing something to Cornwall which it desperately needs, a University. There are both economic and social benefits to living in a community which is the host of a post-secondary institution such as a University.

The following are a few of the benefits associated with having a University in Cornwall:

As it stands right now, if a Cornwall youth wants to obtain a post-secondary education, the only local option they have is the Cornwall campus of the St. Lawrence College. While the college does indeed provide educational opportunities, they are limited.  The current reality is if a Cornwall youth wants a career which would require them to obtain a more specialized University education, they are forced to move away in order to attend a University. A lot of these students do not come back, but instead settle in the cities they have moved away to due in part because there are more employment opportunities.

Moving away to the appropriate post-secondary institutions for their desired education is also more financially straining on the student and their family because of the differences in cost of living, housing, food, transportation, and etc.

If there was a University in Cornwall,  youth would be able to stay in the city and spend less on account of the ability to stay with their parents instead of paying for housing. They would benefit from Cornwall’s low cost of living and of course tuition would most likely be competitively low compared to similar institutions in Ontario (as is the norm for smaller-scale Universities) in order to attract students.

The phenomenon known as studentification can be defined as the process in which a growing student population migrates in a significant enough number to non-traditional communities and neighbourhoods, and its impact on those community.

Studentification has the potential of positively impacting the local real estate market as students from out of town would require housing. Single-family homes could be converted into income properties by eager Cornwallites who would like to profit from the increase in population. Local businesses which are frequented by students such as bars, restaurants, coffee shops, and etc would also potentially see an increase in sales as their number of customers who would purchase their goods or services would go up due to the population growth associated with studentification.

The regional economy is not the only one who would benefit, attracting students to the community also brings diversity, new ideas, and potentially more community leaders as youth in Canada hold some of the most progressive views in the country.

Outside of the University, new jobs could also be created in association with a perceived population growth, meaning more goods and services will be needed to be distributed in Cornwall as resources are allocated to a larger population.

Local Businesses would also potentially benefit from joint research partnerships between the University and private enterprise.

Cornwall has some great community leaders from a variety of different socio-economic backgrounds. These are men and women from different walks of life who have come together and have taken an active interest in the well-being of our city and I wouldn’t want that to change, but rather I’d want that to be strengthened.

We should try to attract more community leaders, and with a University comes a new intellectual class of residents who are highly educated in specialized fields. These new residents are able to make positive contributions to the community through their involvement in local and regional politics.

On average Professors, Scholars, Students, Alumni are more secular and progressive when it comes time to their economic and social views. Imagine a more engaged and informed electorate, more diverse in opinion and potentially a bit less hostile to change. Cornwall could potentially reap that reward because there is a positive correlation between higher education and voting behaviour, as well as civic engagement.

In conclusion, while the sale of the Cornwall General Hospital may be viewed with a bit of hostility, it does not mean that it cannot be a positive opportunity for the city and the well-being of the local economy. If we could attract the right investor, one who would be willing to build a University here, we would potentially reap a number of economic and social benefits associated with having that post-secondary institution in the area through perceived youth retention, studentification, the creation of new jobs, and the potential attraction of new community leaders to the area.

Born and raised in Cornwall, Ontario, Stéphane is a principled moderate as well as a student at the University of Ottawa. He is avidly passionate about politics, policy-making, as well as getting youth involved in the democratic process.

Point of Order – Making the case for a University in Cornwall by Stéphane Groulx added by admin on January 1, 2013
View all posts by admin →