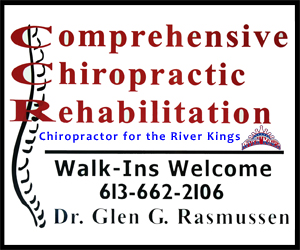 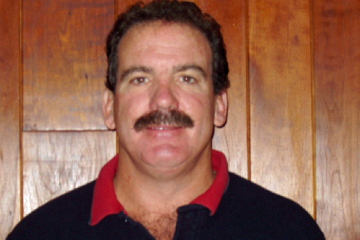 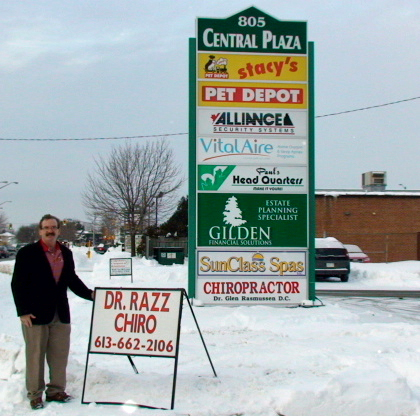 CFN – Glen Rasmussen graduated U of T in 1977 and the Canadian Chiropractic College in 1981. He had bought his practice the year before from Dr. Jim MacDonald, who had moved to Australia. He hired his senior intern as the treating doctor, to run his practice until his graduation the next year. First day in practice he saw 60 patients, and was off and running providing great services for the next five years, until he was derailed in a divorce and moved south of the border in 1986 to Lake Placid NY. As an avid skier, and with interests in Sports Medicine, DoctorRazz was quickly busy again and became the treating Chiropractor for US Olympic Bobsled team from 1989 through1991.

He operated the Lake Placid Chiropractic & Sports Medicine Clinic from 1989 until 1997. He has operated satellite clinics in Malone NY and Massena NY until his recent move south in 2006. He has just moved home December 2012 to take care of his ageing Mom and practice once again in the Seaway City. His office is located across from “Farm Boy” at 805 Sydney St.

The “Grass is not as Green”, south of the border, with economic downturn in the USA and with government cutbacks, and less funds in the hands of the general public almost all physician have seen decreasing numbers. Chiropractic salaries have seen a dramatic decrease in the last 10 years. HMOs, managed care, along with Medicare cutbacks have made practice tough. The access time to expensive medical care is very short in the USA. Republican dogma says that they do not want anyone to come between them and their doctor. Medical Costs have skyrocketed and are poised to bankrupt the system, south of border. Joint replacements are performed on demand. Spinal injections with Cortisone and nerve blocks can be had within a few weeks, along with imaging and the bills can total in the thousands. Chiropractic care, although very cost effective is often overlooked for the quick fix of anaesthesia, which research demonstrates tends to be temporary, and at a great cost. Such treatment in Canada is available, but it takes months and a lot of personal advocacy to get access to such care.

“Just in the small golf course community that I lived in there were five people who had had both knees and both hips replaced.” Dr. Razz exclaimed. I have not run into a Canadian that has had all four done. Dr. Razz has experienced the inequalities of medical access south of the border for himself. His hip started to get bad three years ago and his new insurance in South Carolina refused to pay for his hip replacement, which they labelled as a “pre-existing condition”. This is one of the major issues that “Obama Care” was going to remedy, but dissolution of the pre-existing clause does not happen until 2014. Dr. Razz had to quit working and apply for Medicaid. It took over 8 months of hobbling around to finally get a total hip replacement at a cost of a whopping $62,000! “I could have gone to India for under $10,000, plus travel expenses, or come back to Canada to a private clinic for $18,000.”

Most Canadians take health care for granted. There is lots of griping about the wait times, but the bottom line, if you need care, Canadians get access to great care. “Its nice to be home, see all my old friends and make lots of new ones.” When Dr. Razz left Cornwall 25 years ago he had 7,000 patients on file. He has waived the new patient exam fee to all previous patients and is anxiously await to see all of them again soon.

“Mom” Eileen Rasmussen has been making a rebound since my return. We have the house all handicapped accessible now, and she has been receiving great local home care.

So even with this bout of Arctic air in our midst, feel good about being in the great white north, the grass is not as green south of the border for many reasons.

Dr. Razz is a sports injury specialist, he is the Chiropractor to the Cornwall River Kings and a trained orthotist of “Custom Footbeds” and has represented Foot Dynamics Orthotic Laboratories at many Sports Medicine Seminars. He has personally molded thousands of orthotic devices. These devices are often key ingredients in the repair and rehabilitation of many motor disorders. His skills and modalities, along with the allied healthcare services of their staff make their services second to none in United Counties.