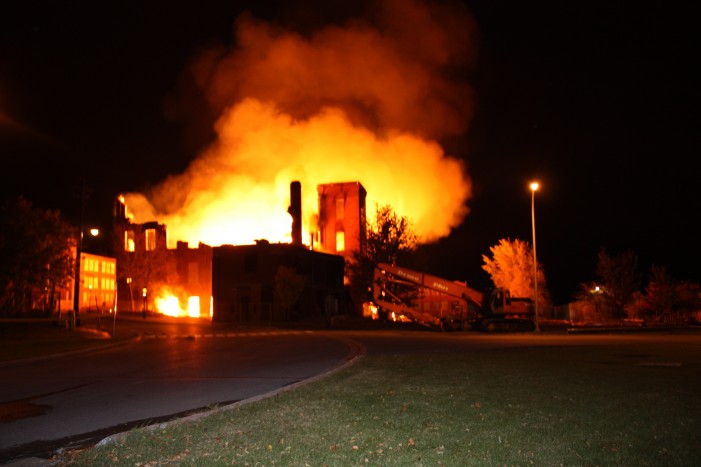 CFN -You don’t need an expert to say there isn’t a person among us who can predict when a fire might break out. Consider Truffles, the Cotton Mills, Shoeless Joe’s and St. Albert’s Cheese, the latter which shocked the community only four weeks ago. Fires move swiftly, and can terrify, injure and kill.  Remember the people who died in the Hawkesbury retirement home fire?  Ironically, their deaths happened the very day a coroner’s inquest into a fire that killed seniors in Orillia had just wrapped up.

Ontario has the distinction of having the worst fire fatality record in North America, a research finding reported by the Ontario Association of Fire Chiefs.

Yet, when Glen Stor Dun Lodge recently asked City Council for funds to finance a system that’s “functional” but finished, the administrator was turned down. The current plan is to fund the project beyond 2013.

According to one Councillor who works on the Board at Glen Stor Dun, discussions will resume next week.

Let’s pray our City follows the lead set by the Health Minister. The money’s there, and our innocent elders deserve the best we can offer, now.