Accountability, the Lack of and its Relativity to All the World’s Problems by Garden Girl 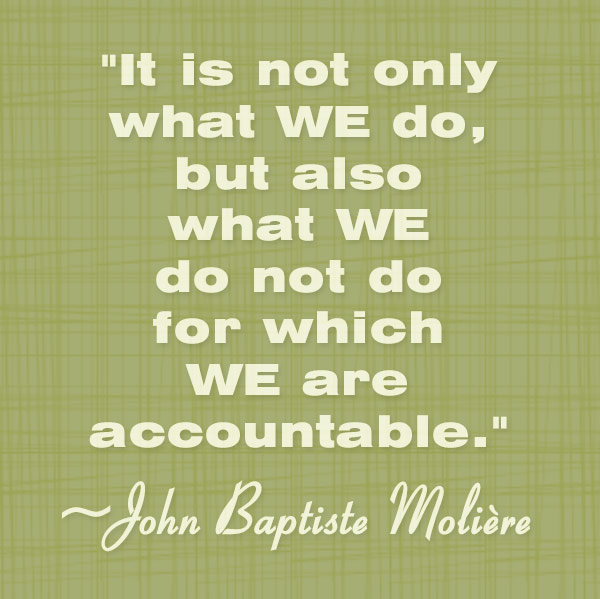 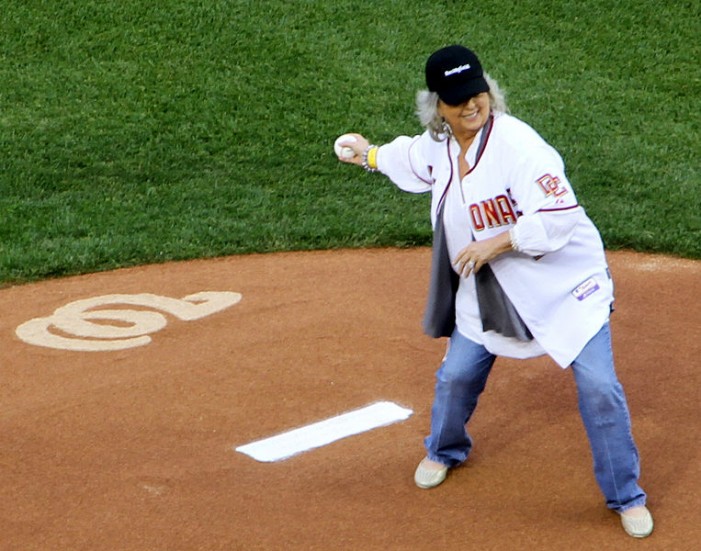 CFN – More than ever, it seems a quality seriously lacking today in humanity is accountability. It is very frustrating to be knowingly lied to, the current fad of shirking responsibility. Some news from today made me ponder the subject in depth.

Example one: A friend is selling their home. An offer was put forth and one of the stipulations of the deal is that the bidders want a report of the septic system, which should be a typical procedure, when buying a home in the country. When my friend bought the place, the septic was not covered by snow, and they could see it was a newer, functioning system, so they didn’t request any background. A fault, yes, but it met their expectations. Now, years later, the predicament is that they have found the house owner who told my friend that they undertook the installation, then turned around and told the realtor that it had only been pumped and that they had no knowledge of the installation. Next, they track down two other past owners whose hands the house has been through, one being a bank. After talking with the bank and discovering that the bank sold it without its registration papers, the next step was to talk to this other person. I should also mention that my friend has called all of the septic service companies in the area, to no results.

For those that don’t know, a septic system is a big job. It cannot be done by 3 friends and a shovel over the weekend. So, it is very annoying to come to a point where no one seems to know anything and there seem to be no clues. (How can there not be a paper trail???)

Example number two: Our environment. There is a giant, floating “dump” in the ocean. Scientists have filmed birds on islands, miles from “civilization”, dying of plastic consumption.

–a short video, filmed on that island) Yes, they eat plastic, and it kills them. There are reports of dead whales washing up, with stomachs filled with plastic of all kinds, carelessly disposed of by us. (http://www.theguardian.com/world/2013/mar/08/spain-sperm-whale-death-swallowed-plastic). Arctic mammals are increasingly found to have fur loss and skin lesions. (http://www.alaskapublic.org/2012/04/06/polar-bears-show-signs-of-mysterious-illness/) And of course, the more new threat, from Fukushima. (http://rt.com/trends/fukushima-nuclear-disaster/)

And we Jetson loving people now have Keurig and Tassimo… They make great coffee, I will admit… But, who out there is recycling all the little convenient packets? More plastic and metal indifferently tossed into the garbage. I shake my head.

Looking at all of this, and adding them together, these things are the tip of a huge ice burg. And a flip side to this, the accountable ones who get punished for admitting to long-passed (in this case, the deep (southern) past) mistakes. Paula Deen. This woman honestly answered a question. Yes, she had indeed, used the “N” word in the past and she was immediately punished by everyone and anyone for speaking the truth. Ponder this, she is of an older generation, a white person, who lives in the south. I am willing to bet that anyone in her demographic, who especially spent their life in that area, has used the “N” word in their past. It is not something to be proud of, but, it did happen, and it is part of history. I am of the opinion that she did the right thing, she admitted her faults. She used that word. But, it was then turned around on her and she was punished by media and punished financially as though she was still freely using that word. As though it didn’t matter that she is an obvious product of her environment, and as though she didn’t repent now. (The repression that using that word insinuates makes it one of the foulest words in our vocabulary, right up there with “nazi”.) She is a great woman, a philanthropic woman, guilty of being human. However, it does seem fishy that she didn’t admit to having diabetes as soon as she was diagnosed, and continued to showcase her typical high-fat style of cooking. A bit misleading, but regardless of any health problems, she makes food that the majority of us love, and should enjoy in moderation. (Yes, in all honesty, I would still love her to cook for me )

But, what does that situation say? To never come clean? To never admit to the truth? Where will that get us in this ever-delusional world? When will the delusions stop? When did we stop being accountable for ourselves and our actions???

This brings me to my next point, where in my view, things started going terribly downhill . These cases have set the precedent for adults to shirk their accountability.The case in Ontario that a judge held an employer responsible for an employee driving impaired from a work party, and awarded the adult woman $300,000. (http://flesl.net/Reading/Stories/Series1/Linda_H/Linda_Hunt.php) Or the infamous case where a person sued McDonald’s for their coffee being too hot. (http://en.wikipedia.org/wiki/Liebeck_v._McDonald’s_Restaurants) and more recently- (http://www.ajc.com/news/news/national/mcdonalds-sued-again-coffee-burns/ncjF7/). It seems we have the moral responsibility of infants and the technology of adults…

We live in a world where China can block Google, censoring information that its citizens can and cannot read. (http://en.wikipedia.org/wiki/List_of_websites_blocked_in_China) We have a movie, such as The Wolf of Wallstreet being edited and censored to be approved for showings in certain countries. (http://www.nydailynews.com/entertainment/tv-movies/wolf-wall-street-banned-censored-foreign-markets-report-article-1.1580786) When did we give up taking responsibility for ourselves???

The ever rising cost of convenience and the control we give our governments to “baby” us. Is it really worth it? Is this the world we want to pass on to the next generation? It seems our world is currently in a catch-22 scenario, convenience (easy) vs “the right way”. We all seem to want Jetson lifestyles, I am no exception to that, I would rather spend my energy on my passions than cleaning any day. But, this isn’t how it is supposed to be. We are the stewards of the Earth. We all must do our part and stand for what is right and the truth. We all must take our blinders off, help take the blinders off others, and pull our pants up. This is not the time for indifference, this is the time to keep our eyes open and use our individual voices.

Accountability, the Lack of and its Relativity to All the World’s Problems by Garden Girl added by admin on January 16, 2014
View all posts by admin →

2 Responses to "Accountability, the Lack of and its Relativity to All the World’s Problems by Garden Girl"