The Power of Positive Thinking by Garden Girl – February 11, 2014 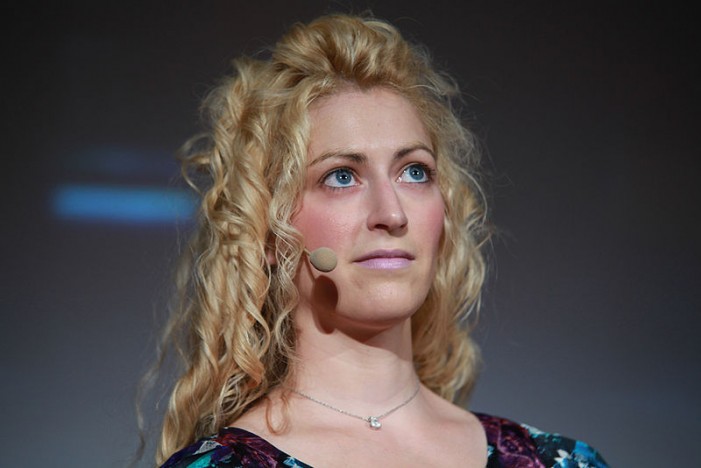 CFN – More and more scientists are proving and acknowledging the power of positive thoughts. Not only how it affects us individually, but our world around us.

I recently watched a Ted Talk (brilliant talks for anyone who is interested in enlightening themselves. The topics vary, and the speakers are just as diverse.) The specific one that I am writing about now is one under the headline “SuperBetter”.

This talk is presented by a young woman, named Jane McGonigal.

Her talk goes on about the proven facts behind using games to strengthen our bond with people we care about, making us feel closer, and about how that bonding can make us feel better and feeling better, in turn, can make us live longer. I am sure everyone knows about the study that proved that married people live longer. It is so much more than just being married, it is about being happy. Being happy is a gift we give ourselves, and all gifts require effort. This talk drives home the importance of how making small continuous conscious efforts can grow to be something life-altering, in a great way. Now, don’t be fooled, I grew up in a home where video games were forbidden, so I am not the biggest follower of the gaming world, but this talk really spoke to me. We have entered the age of smarter games. Games that I can play here, in my livingroom, something as common as Scrabble, but I can be playing against someone miles or even oceans away. I know there’s a bunch of people out there who loathe getting game invites on facebook, but, facebook has provided a perfect platform for exactly what this woman is talking about, the positive benefits of being social in whatever capacity available.

The author of this talk, and the designer of the game “SuperBetter”, Jane McGonigal, has been through a concussion that wouldn’t heal, and the only way to heal herself was to rest her brain and not do anything to trigger her symptoms…. Which meant complete bedrest (for months!) and: no reading, no writing, no videogames, no work or email, no running, no alcohol and no caffeine.

Basically taking away most of the things that made her happy and want to live. She decided there, in her recovery, that either she would kill herself, or she will make this experience into a game. Thankfully, she chose the latter and went public with her experience, her game, and some lessons for everyone in a world where communication is declining. She basically tells us that even though she was in pain, she was no longer suffering. Now, take a quick pause and think about that- “Even though I was still in pain, I was no longer suffering.” Pretty powerful stuff.

My experience in life is that you never really know who is suffering because some of us conceal it so well in order to masquerade living a full and complete life for what seems to be other people’s sake. I personally am going through breast cancer, and it has been a many-year long journey. The cancer itself is being managed, but nobody talks about all the side problems that a disease, such as the big “C”, can bring with it. The anxiety has been a huge one for me. I have not been diagnosed with PTSD, but let me tell you, I have a lot in common with people who do. Words I had never heard before are now my enemies. Such as “agoraphobia”, “claustrophobia”, and the all-mighty, all encompassing “anxiety”. I have metaphorically turned my big “C” into my personal war. My body is no longer my faithful ally (To me, it is considered now a sneaky traitor that shouldn’t be trusted), I try to manage my random nervous thoughts by asking myself “Am I thinking logically and rationally?” before reacting to the fight or flight signals that my brain keeps sending me. Make no mistake, just because there isn’t gunfire or noise, this is a war. My “PTSD” symptoms go in high gear at every appointment, rendering my brain and vocabulary useless, and portraying me as a stuttering fool, when normally, I never stutter. It is hard to see myself like this and feel like I have no sense of control in those moments.

The message that rung most true with me in this talk is the message about regaining control. The game “SuperBetter” gives you real life tasks that you can do, and for every completed task, you get a power up. My experience of going back to school after diagnosis feels relative to what the game’s mission is. Every time I put the effort forth, I was rewarded when I got home by my own personal feeling of accomplishment. I was also rewarded by the social activity itself, being in a classroom, discussing ideas, and basically taking my focus off of how I am feeling (mentally and physically) and turning it on to things that I refer to as my own personal brain candy. Yes, I still felt broken, but I wasn’t in pain.

This talk I originally watched months ago, and it opened my eyes to things I took for granted, such as how accomplishing small, menial things improve how I feel. This past week I have come across some other interesting articles:

(The articles have listed their sources for further reading.)

These three articles fed a curiousity I have been harbouring for years. Once, I had bought this $300 jar of face cream, called La Mer. An aerospace physicist named Max Huber developed it after he was severely burned and wanted to repair his skin.

http://www.cremedelamer.com/heritage (a link to the product’s story)

In the formation of this product, which I believe took about 6000 experiments and over a decade to perfect, the scientists use sound and light frequencies to the fermentation process, which made a huge impact on the final product. Basically, by “feeding” the formulation love it became more than just the simple ingredients (a prime example of the sum equalling greater than its parts). I know it sounds a little “out there”, but there is scientific evidence to back it up.

The more I learn, the more I realize how little I actually know. I feel very blessed because of my life, including ALL the ups and downs. A wise person once told me that “you have to love all of you” (referring to, and including, as in my case, the big “c”). And it is true, you can’t fully love something, unless you love its faults as well. You can’t truly love unless you love yourself and you can’t truly help unless you can help yourself. My journey has been to re-find my love for myself, my life, and accept myself, imperfections and all and to keep doing things that I am proud to accomplish, even if it is just something as insignificant as shucking oysters for breakfast (which always makes me happy!), or planting flowers. A motto I stumbled upon a few years back which I like to live by is “to lead a life worth dying for”, and to me, that encompasses sharing all the goodness and knowledge that I possess, hopefully inspiring others to do the same.