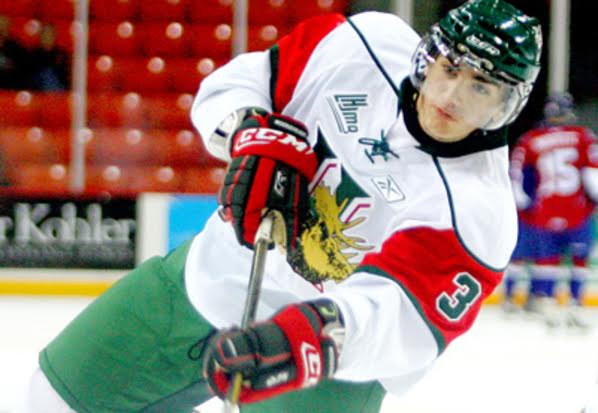 CORNWALL — The River Kings have signed their first overall pick from last month’s LNAH draft, in addition to two tough customers that local fans will love.

General manager Rick Lalonde has come to terms with 24-year-old centre Michael Beaudry, who played in the Southern Professional Hockey League last season after a year overseas in France.

The native of Saint-Eustache is a graduate of the Quebec Major Junior Hockey League and also played for the St. Thomas Tommies in the CIS. In 2014-15, he scored 26 points in 26 games with Chamonix in France.

The 10-year LNAH veteran has appeared in 303 regular season LNAH contests with Sorel, St-Hyacinthe and Thetford. Lariviere has a career 2,026 penalty minutes. In 33 games with the Assurancia last season, he earned 210 penalty minutes.

Finally, Cornwall has signed 22-year-old Simon Desmarais, who was acquired at the LNAH Draft from Riviere-du-Loup.

The 6-foot-1, 240 lb. defenceman appeared in 17 games with the 3L last season, picking up four points and 43 penalty minutes. Desmarais is also a graduate of the QMJHL.

More signings will be announced in the coming weeks.