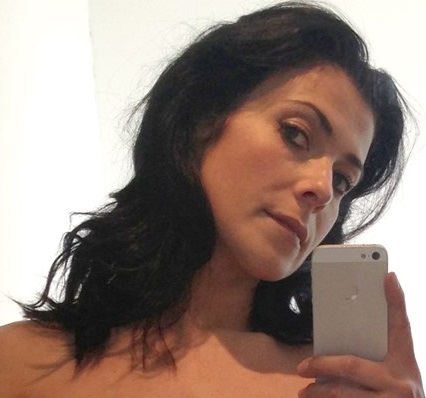 Cornwall Ontario –   Why do people in 2017, in particular women, shoot and share nude selfies?  Why do they allow themselves to be video recorded performing sex acts?   Why, if they choose to partake in such actions do they freak out when they go public when so many of these photos and videos of public people end up on websites?

Kym Marsh is an actress on Coronation Street, the longest running soap in TV history with legions of fans all over the World.  She’s also entering an age as a Corrie actress where her glam is starting to fade to younger cast members.

She’s gone from the singer with a Louise Brooks bob on the show to all sorts of storylines, but is having to fight for the spotlight against some of the younger additions to the show like Lucy Fallon who plays Bethany Platt and is in the midst of a huge storyline.

Also, boob model Helen Flanagan has returned to the show to revive her character Rosie Webster.

Sex tapes have helped build careers.  Would we know who Kim Kardashian is if not for her video?  Or Billionaire Barbie Paris Hilton?

While Kym is expressing outrage in all the rags in England, the bigger question is whether this will help or hurt her career on Corrie, a show that’s had all sorts of adventures when their real life stars lives gained headlines such as Michael Le Vell’s legal issues a few years ago, and of course legend, Bill Roache’s legal harangues over child nookie charges.

Of course Kym has done nothing wrong.   Her issue was about judgement whether it be desperation or simply allowing photos and video to be digitized.    Having seen the video this writer can say that she clearly was aware that it was being shot.  And that her performance in the video was on par with her acting talent.

Now this is classic Corrie.  The answers to the missing Arthur the Gnome and some very odd and early Norris Cole footage.

What do you think Corrie fans?  Will this help or hurt Kym Marsh’s career?  You can post your comments below.