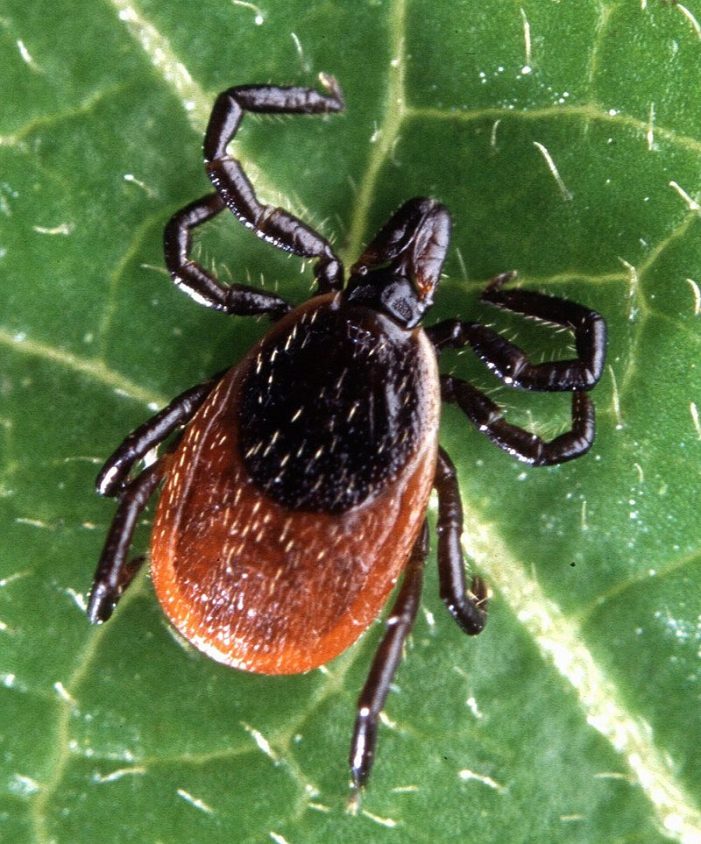 Lisa Sabatini recently told me she has been battling Lyme disease for years. I truly had no idea of what Lyme disease is and how it affects humans.

Lyme disease is a bacterial strain of infection that is carried, and spread to humans by ticks, and it elicits an autoimmune response in the body. Its symptoms seem as varied as its hosts. All ticks can carry disease.

Her journey has been a long one, to sum it up frankly. It is suspected that she was bit in childhood, sometime around 1990, at 9 years old.

Something fascinating I learned is that most Lyme disease blood tests, unless sent to a special lab in the United States, are unusually inaccurate. As well, it can present itself, but then go dormant in its host, even while on antibiotics, thereby making diagnosis, and cure, that much harder to obtain.

Because Lyme disease elicits an autoimmune response in the body, she was tested for multiple sclerosis, a disease that it is often misdiagnosed as.

Later it was suspected that she had fibromyalgia, for which there is no known tests for.

And then it was thought that she possibly had chronic fatigue syndrome. She even underwent a CT scan, with hopes that something that can be fixed would be found. Not to mention that during this journey she couldn’t eat any meat, at all, for 7 years, and has endured thyroid issues, and now she has full gluten allergies (Celiac disease).

The problem is, because the symptoms are synonymous with other auto-immune diseases, and the blood tests are not always accurate, someone, like Lisa, can suffer with these problems for years, even decades, before getting the proper diagnosis to get the help they need.

Western medicine has no protocol or cure for Lyme, a hard pill to swallow for someone who has been diagnosed. And besides that, those who do seek alternative (Eastern Medicine) medicine to combat the virus will do so without the help of OHIP or insurance.

In 2003, while living in Taiwan, she was admitted to hospital for two weeks due to a suspected spider bite.

She had a fever, and really bad food poisoning-like symptoms in her gastrointestinal system. In hindsight, it potentially could have been the Lyme coming out of its dormancy; when the carrier’s immune system is not optimal, that is when it can rear its ugly head, and in her case, again.

It can even go dormant while on antibiotics to “cure” it! I thought, until recently, only cancer outsmarted drugs, but, so does the cold virus and the flu virus. Always best to keep our immune systems as optimal as humanly possible!

Eventually she moved back to Canada, and began seeing different specialists around 2004, hoping for her symptoms to finally make sense. Lyme can mimic so many things, especially auto-immune diseases, and the things that she was being tested for came with their own set of stresses. Lupus? M.S.?

No one wants to hear they are being tested for these, especially in their twenties.

Over the years, the Lyme would go dormant, and she would feel great enough to make plans, but, in the back of her mind she always wondered what it was, if it would come back, and why can’t any of the specialists she has been seen by figure out what it is.

A couple of things then happened. She has family members in medical research and it was brought to her attention that a certain strain of Lyme that exists prevents its host from enjoying and digesting meat.

A while after learning about that strain of Lyme, in July 2016, Lisa was hospitalized with full on paralysis. Her blood work showed that her calcium and her phosphate levels were dangerously low, and she was at very high risk of seizure and her heart stopping. They admitted her overnight, boosted her mineral levels by I.V., and sent her home.

A couple of weeks later, the extremely intense symptoms returned, and she was taken by ambulance to hospital, and again admitted overnight. Another facet of Lyme disease is the co-infections it masks behind. Her co-infections consisted of viral, parasitic, bacterial and fungal issues. Her body was under full attack.

Finally, she was diagnosed. The bacteria had been in her system for so long that she was paralyzed to the point where she had to be carried up and down stairs.

She spent 2 years in bed. She was so physically drained that her cognitive abilities were essentially non-existent. At the absolute worst times, besides not being able to walk, she was also unable to talk.

Luckily, Lisa was finally given the proper diagnosis; she could begin working towards getting through this. She found an amazing specialist in Ottawa who has guided her through healing with natural cures the last couple of years.

The rounds of medications were very hard on Lisa. She’s surprised how strong non-western, natural drugs are!

She was taking antivirals, antifungals, anti-parasitic, and anti-bacterial (antibiotics) drugs, at the fullest strength her body could tolerate, for almost 2 years, to fight this infection off.

Now, almost 2 years later, she is roughly a year symptom-free; the sought after benchmark, and is currently being weaned off all medications.

Tens of thousands of dollars later (!!!), and all out of her own pocket- for which she has sold investments to cover, she is finally getting better.

Be diligent this tick season.