Cornwall ON – It’s not everyday that a local athlete gets a chance to compete at the highest level of their sport and that’s exactly what Christina “Corky” Julien is about to do, but she like most Canadian athletes need your support to help make that happen. The Cornwall Golf and Country Club are helping […]

Cornwall ON – 38 city, fire, and police staff made the Sunshine Club in Cornwall Ontario.   Municipal Employees earning in excess of $100,000.00 per year have their salaries published. The list is significantly lower than last year as there were arbitration settlements with a large amount of staff. The total salaries for the 38 […]

Letter to the Editor – Bonnie Paulin of Cornwall Ontario Not Happy With Hospital Care – March 29, 2011

I am writing to express my sheer horror at the state of our town’s health care system. My father was recently admitted to the Cornwall hospital. This 79 year old man has contributed 60 years of hard work and taxes to the community, during which he rarely fell ill or required any health care. . […]

Cornwall ON – Money Sense Magazine comes out with a yearly ranking of 180 cities across Canada. They base their rankings on a variety of factors; Household income, new cars, weather, job prospects. It’s all pretty interesting. This year Cornwall Ontario finished right smack in the middle of the pack at 90. That’s not so […]

“The Earth Matters Exhibit” April – May 2011 in Cornwall Ontario

Cornwall ON – Artwork“celebrating the majesty of the earth, the challenges she faces, and how we can be better friends to our living earth.” will be featured at Cornwall Square, Cornwall Public Library, Seaway News Windows and Fused Elements in the city of Cornwall, Ontario throughout the months of April & May by our Area Students […]

Cornwall ON – Cornwall Ontario City Councilor announced tonight that she will be taking leave from Council to focus on her run for the Federal Election.   Ms Clement is the Liberal Candidate and stated that she will not be participating further until after the results of the May  2, 2011 Election.

Cornwall ON – JL Computers, 164 Pitt Street in Downtown Cornwall has some very special offers on a new batch of Monitors that have arrived just in time for Spring!  23 inch diagonal LG for only $225.00! Imagine plugging your new Netbook into a big 23 inch monitor to play those games or watch the […]

Small Business Incubator in Cornwall Ontario? Why Not? Editorial by Jamie Gilcig – March 26, 2011

Cornwall ON – For a few years now I’ve been talking Micro-Commerce and Incubation for small business in the city I live in, Cornwall Ontario. Recently I ran a story about 19 businesses that shuttered since the holiday and that the plight of many more are in peril. I have talked with a lot of […]

Cornwall ON – I know that this report is a few days late but I have a good reason. I wanted to publish a poem that was submitted by email from one of our regular contributors, Hans Kreher, who is away on vacation. I had to get permission from him to publish it. For whatever […]

Cornwall ON – The Best Western PLUS Parkway Inn & Conference Centre is sponsoring a new regular feature on the Cornwall Free News! We will be promoting one area organization or service that helps people in our community and make tribute to the thousands of people that give freely to help each other. Our first […]

Cornwall ON – It was a party Thursday night at the Aultsville Theatre in Cornwall Ontario as the Irish Rovers filled the house.  It was the first time in 18 years for the band to play Cornwall as they tour to support their new Album, and DVD Gracehill Fair. Kevin Lamoureux of KAV Productions  interviewed […]

Hey Area Businesses – Here’s a Chance to Promote Your Business and Help The Agapé Centre! – March 24, 2011 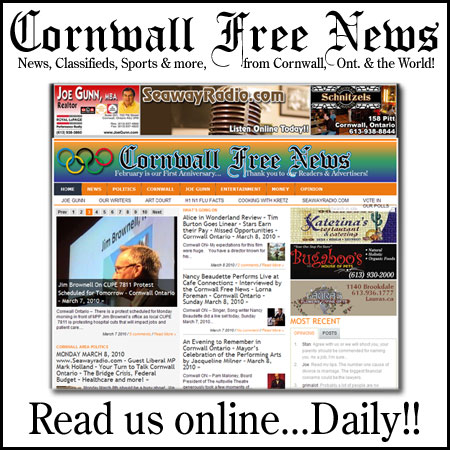 Cornwall ON – We were moved by the appeal to help the Agapé Centre get their new stove for their Soup Kitchen and have decided to make a special offer. On any new Advertising, Marketing, or Messaging plan or upgrade of current plans we will donate 50% of the fee to the Agapé Centre. This […]

Cornwall ON – What happens when you go through your hectic day and forget or you were too busy to eat breakfast and lunch? You become irritable, tired and unable to concentrate and you realize you are famished. You feel terrible, realize you are hungry then start consuming the first thing you can. . What if you couldn’t […]

Cornwall ON – Cornwall Ontario has a long tradition when it comes to tasty Chicken Wings.  It goes back to Freddies and their 10 cent wing nights which would draw line ups and sell as many as 20,000 wings in a single night. I was talking with Paul Lefebvre who was reminiscing about it.  He […]

Cornwall ON – Outside the Vincent Massey facility that employs hundreds of employee’s are some conflicting signs.  One is encouraging people to apply for work while the other is a For Lease sign. One of the largest employers in Cornwall is mum on its plans for their city force.  No news on seeking an alternative […] 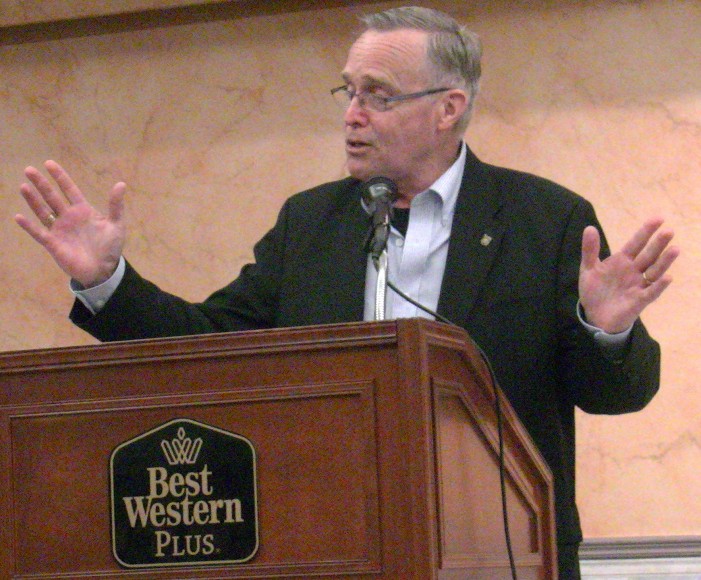 Cornwall ON – The Provincial Liberal Association of Stormont, Dundas and South Glengarry will be holding a Tribute Dinner for retiring MPP Jim Brownell on Saturday, April 30 at the Best Western Parkway Inn in Cornwall. Through two terms as the local representative at Queen’s Park, Jim Brownell has successfully advocated for action from the […] 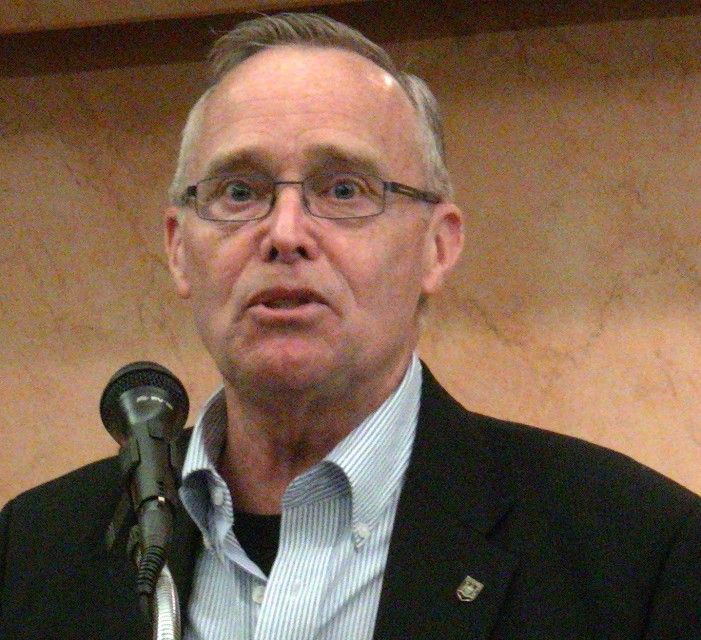 With the Liberals at the wheel in the province in Ontario and in the county of SD and SG we can look forward to a new four year plan to strengthen our economy, part of which has already begun to take shape. This plan includes such things as laying a greater foundation for clean water […]