Cornwall Ontario – CFN has confirmed that Benson Organization founder Gerry Benson is recovering from a Heart Attack at the Ottawa Heart Institute. The Cornwall business maven, and founder of The Community Action Group (CAG) spoke with CFN early this morning. We wish Mr. Benson a speedy recovery and offer our prayers and support to […]

CORNWALL Ontario – I took Sunday off.  I wanted to mull this piece before scribbling it onto the web. This weekend saw something incredibly positive happen for Cornwall that proves a major point I’ve been standing on for several years. People in the region care more about Arts and Culture than they do about Sports. […]

Did David Murphy & Bob Kilger Kill The Cornwall River Kings? Is Benson’s an Owner of the Colts? 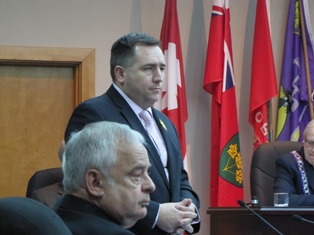 CORNWALL Ontario  –  Alas the River Kings, we knew them well. That David Murphy is quite a guy.  He likes to sound like a game show host, but he also appears to be a  string puller in the background using his clout at City Hall and with the Benson Group. As a matter of fact […]

CORNWALL Ontario – Whatever happened to all those tax dollars spent on the Benson Vanity University project?   The study still has yet to be released to the public.   Looking at the names on the committee above we can see that most have fortunes of their own or multiple tax paid jobs and pensions, […]