RUSSELL COUNTY OPP LAY CHARGE IN SEXUAL ASSAULT (CASSELMAN, ON) – On September 18, 2019, officers from the Russell County Crime Unit of the Ontario Provincial Police (OPP) arrested a male in connection with a sexual assault, which is alleged to have happened at a local reflexology office on September 11, 2019. Francois COALLIER, 55-years-old of […]

OPP CHARGES A MASSAGE THERAPIST WITH SEXUAL ASSAULT (CASSELMAN, ON) – On January 10, 2019, officers from the Russell County Detachment Crime Unit of the Ontario Provincial Police (OPP) arrested a male on sexual related offences that occurred in November 2017. Stéphane RACINE, 50 years of age of Casselman, Ontario was arrested and charged with:    •    Sexual […]

CIVIC DAY LONG WEEKEND TRAFFIC CAMPAIGN (CASSELMAN, ON) – On August 3, 2018, was the beginning of the Civic Day Long Weekend Traffic Initiative as a resulted, Provincial Constable Sebastien Picard was conducting radar enforcement on Principale Street in the village of Casselman. He arrested and charged a local 18 of age male for speeding over […]

UPDATED – OPP INVESTIGATING FATAL CRASH Deceased Identified. (CASSELMAN, ON) – On Friday, September 29, 2017 at approximately 10:31am, officers of the Russell County Detachment of the Ontario Provincial Police (OPP) responded to a fatal collision at the intersection Lafleche Boulevard and Principale Street in the Village of Casselman, Ontario. Upon arrival, the investigation determined that a […] 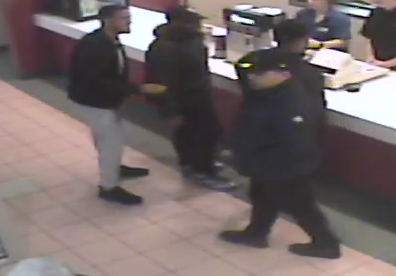 (CASSELMAN, ON) – On Saturday May 6, 2017, members of the Ontario Provincial Police (OPP) Russell County detachment attended a restaurant in Casselman, ON, where four (4) unidentified males were using a stolen credit card. The OPP are seeking assistance from the public in identifying the four (4) male suspects.   -The first suspect is […]

No Charges for Man that Offered to Let Kids Woodwork in Embrun & Casselman NOV 24, 2016

Russell OPP Looking for Man That Invited Kids to do Woodwork NOV 22, 2016