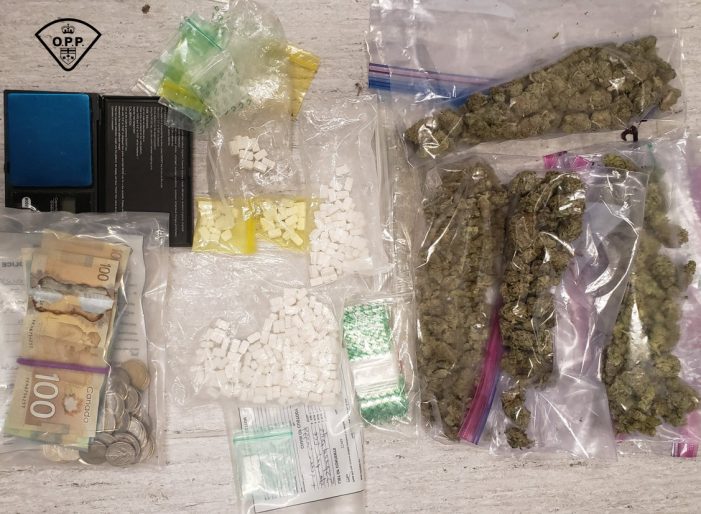 POSSESSION OF A CONTROLLED SUBSTANCE, BREACH Cornwall, ON – Aronhientha Benedict-Oakes, 22, of Akwesasne was arrested on March 6th, 2019 and charged with the following: • Possession of over 30 grams of cannabis in a public place• Breach of undertaking (for failing to keep the peace)• Breach of recognizance (for possessing drugs, for having the […]

How Canadian Marijuana Legalization Will Affect Native People as of October 17th, 2018 by Doug George-Kanentiio

On October 17th Canada will enter a new phase in its history when the personal possession of marijuana becomes legal. . The enactment of Bill C-45 means an individual over 21 may have in their public possession up to 30 grams (1 ounce) of marijuana which can also be made into food such as cookies. […]

(Prescott, ON.) – On August 20, 2018 at 5:35 p.m., Grenville County Ontario Provincial Police, Prescott Fire Department and Leeds – Grenville Emergency Services responded to an explosion at an industrial building at 205 Churchill Road West in Prescott. A 30 year old male from Rear Yonge – Escott Township was transported by ambulance with […]

Edibles have grown in popularity now that people are free to medicate themselves. Sleep is a crucial component in order to function daily and without it, your brain is affected, energy levels plummet and the joy of life is barely reachable. As a chronic sufferer, it is vital to sleep. Your body and mind […]