Johnny Depp is going to direct a Bio based on Legendary Rolling Stones Guitarist Keith Richards.    Richards said to be the inspiration for the Depp’s character of Jack Sparrow in the Pirates of the Caribbean flicks, and who also played his dad in the series, and Depp have been 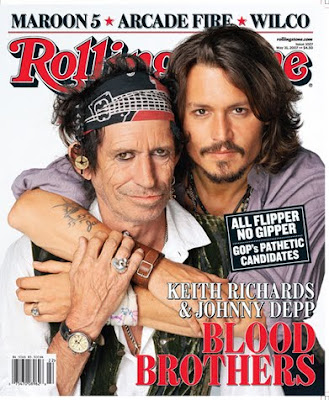 friends for quite awhile.

“Now that I’m wiser, and that enough time has passed, I can experience directing again,” Depp explains to the European media.

“Already next week I’ll start working on a Keith Richards documentary. While I’m in Drvengrad, my editor is already working on kilometers of archive footage and footage of his concerts. I’m very touched that Keith agreed to show up in front of my cameras.”

I have a hunch the making of may be just as interesting as the actual finished product.   Johnny has participated in quite a few documentaries.

Now it’ll be his turn to direct one.

What do you think?  Will you check out this documentary when it comes out?  Post your comments below.