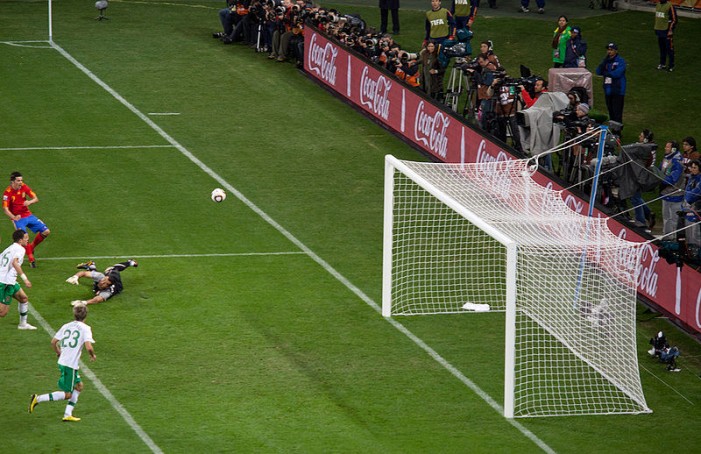 Cornwall ON – As the game looked as if it was drifting towards a penalty shoot-out the extra-time thankfully delivered a winner. Had you missed the first 90 minutes of a drab final you would have enjoyed the thrilling soccer played in those extra 30. If you had sat through the whole disappointing game you would likely remember most the officiating by the world’s number one referee, Howard Webb, and wonder as to the future of the game.

Probably the biggest news was that Octopus Paul was again correct in his prediction of a winner (http://www.telegraph.co.uk/sport/football/world-cup-2010/7885195/World-Cup-2010-Spaniards-make-38k-transfer-bid-for-psychic-octopus-Paul.html). Demonstrating, quite clearly, that eight legs are better than two when it comes to predictions – my choices have been nowhere near as accurate.
I think it is safe to say that, on the day, the best team won. For some reason the Dutch abandoned their flowing, expansive football in favor of a “kick anything that moves” strategy, with very little subtlety. The Spanish played their game, which includes major dramatics whenever touched by the opposition, and finally found a route to goal. The goalkeepers on both sides played well but this was never going to be a goalfest.
Were these the two best teams in the competition? – Unlikely. But it is a knock-out event, so luck, how you do on the day, quality of officiating, the weather, have a huge influence on the outcome of the game. And once teams are through the initial group stage then losing is no longer an option. However, these two teams would grace any top-five selection, and will likely be around in the closing stages of Brazil 2014.
How do I rate this World Cup compared to previous ones? Evidently, communications technology has come a long way. As I watched the event in my living room with a few guests, on my nice new high definition television, with instant review of every decision made by the on-field officials, pictures of players diving over an outstretched leg, pictures of players stomping on other player’s legs, pictures of players being held back away from the action, make it clearer than ever to me that the game is desperately in need of a technological boost.

Whether this will be another new ball with a gismo inside to detect if it crosses the line, whether it will be more officials on or off the field, what is certain is that what we the viewers are watching must be communicated to the single individual charged with running the game. If the best referee in the world cannot manage the World Cup final, because of the level of cheating, then we must move into the 21st Century and give the officials the help that they so desperately need.
I hope you have enjoyed these commentaries. This is David Rawnsley signing off until the dream emerges again.