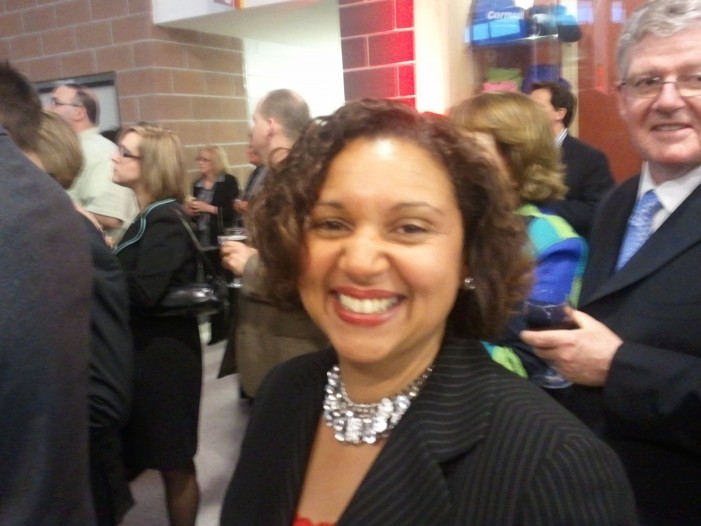 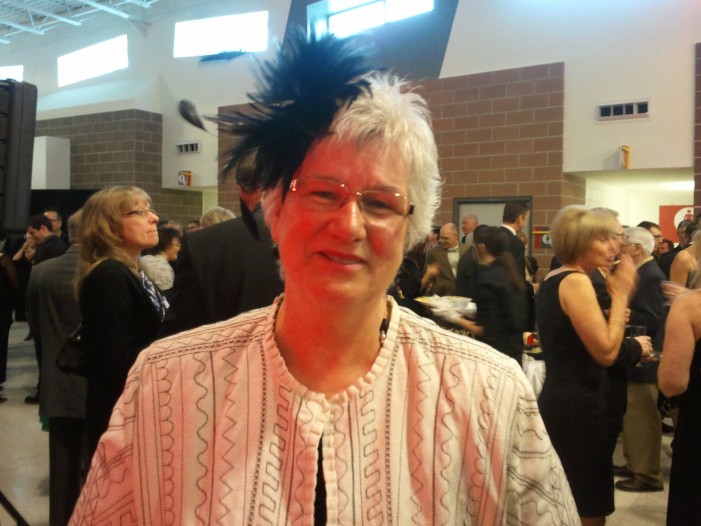 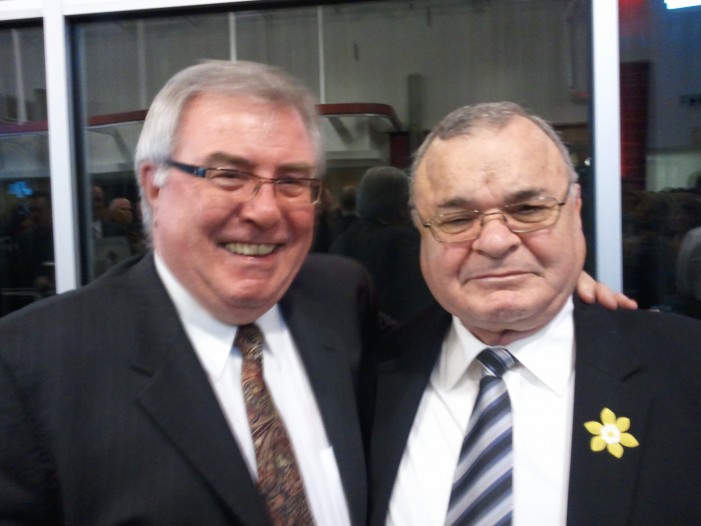 Cornwall ON – A great time was had at the Gala for the Benson Centre in Cornwall Ontario Friday night.  It was an opportunity for the team to thank those that wrote the big cheques and helped make it all happen.

The movers, the shakers, and the $3 bakers were present and it was a Who’s Who of the area with almost every major politician and business person in attendance.

The food, catered by  Moustache Joe’s was amazing, and there was plenty of good cheer flowing before the speeches started which was just about when I headed to my second party of the evening.

Councilor Elaine Macdonald had a lot to smile about.  Not only is her party looking good in the polls, but own projects seem to be humming quite well.   Mayor Kilger fired up the crowd, passing on the microphone to Scott Lecky who got a lot of  applause for his role in spear heading the $35M arena project. Councilors Carr and Rivette shared a beverage and chat with myself and were smiles wide on the project as well.

MP Lauzon showed up.  He’s lost some weight and didn’t stay long.   Ms Clement showed up a bit later with lots of cheer and was looking forward to a good time.

MPP Jim Brownell was also present and we had a lovely chat.   He’s having a special dinner tonight I hear at the Best Western…who’s head man, Paul Lefebvre was also present enjoying the sights of the new arena.

Mark A MacDonald also was in the crowd taking a moment from his break neck campaigning to win the Liberal nod provincially and take on Jim McDonell and the as of un named NDP candidate for the riding.

The Benson Centre opens to the public today.   It’s quite the facility.