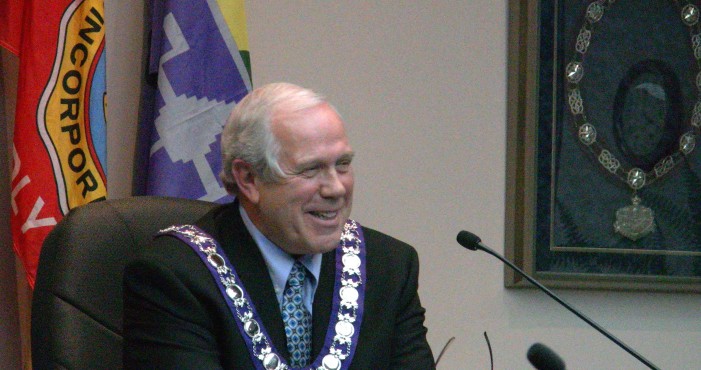 With all due respect your worship there seems to be a kaleidoscope of  confusion regarding the city of Cornwall under your current mandate?

The Diane Shaye case, along with a few other cases including suggestions of heavy handed media targeted at council and the CAO.    Tax payers and Ms Shaye and her sister perchance might not agree with your position as posited at the Team Cornwall Year in Review.   I’m sure while some of your crowd chuckled those who were the victims might not?

Regarding your open letter regarding the CFIB Communities in Boom report; apart from the fact that your joint letter with Rick Shaver, President of the Chamber missed huge points further enhancing the ranking of the report, it should be noted that the City of Brockville has nearly four times the budget of its DBIA than Cornwall does.  Likewise, there are nearly four times as many CFIB members even though Brockville is half the size of your city.   Wouldn’t those be indicators to the reports veracity under your leadership?

The fact that you and Mr. Shaver singled out a lack of entries as the reason for your protest also shows a tendency to quick emotional reactions rather than a steady and wise voice of leadership to which you’ve become known.

Restaurant owners facing ruin because of nonsensical delays in getting their operations going.    Hoping and waiting for Union shops in Quebec to shutter (Loblaws)  so they can set up shop in Cornwall and avoid Union dues.

Regarding the Advertising policy. Frankly this is a black eye on the city of Cornwall and your distinguished legacy.   And while a few; akin to the story of the Emperor’s new clothes; may applaud this narrow minded and anti-Democratic and anti-business tactic that now has the city economic team not able to advertise with the Free Holder, CFN, and even Facebook; which while not in Mr. Peter’s report dare I suggest had a sizable budget spent on it in both 2010 and 2011.

We’re all human Mayor Kilger.  We all make mistakes.  I know I do, and I’m sure you have in your life.

This advertising policy is one of them.    Now is a time to show leadership; not just for headlines in the paper; but for those who watch this community from the outside, and have to make decisions whether it be to move their families here or to invest.   Media can be like politicians.   Sometimes they stick up for each other when one is being bullied because they know if one outlet can be bullied they all can.  Do you really want to be Rob Ford Jr?  Do you really think his battle with the Toronto Star for example is going to help him get re elected?

Same for this hulabaloo over Via Rail.   Cornwall has not had bus service within its city limits for months now.  You can’t even catch a city bus from or to the departure point of the Irving station.   With Via cutting service we are almost cut off from the world unless you have access or own a car.    Can we really blame Mr. Lauzon and newly elected MPP MacDonell for this that truly is a municipal issue?   Shouldn’t this letter have been written before instead of after?

Speaking of transit that too was an odd decision?   The shopping centre on Brookdale was no surprise, but this Christmas season; the busiest shopping season of the year, sees no bus service for the employees of the centre or customers.

And of course we have the Community Action Group that now musters over 300 members including myself and such business leaders as Gerry Benson, Sandy Cameron, Roy Perkins, Dr. Michel Dubuc and Bryan Merkley.   This group has been formed during your mandate because of the tax crisis facing residents, but especially businesses.

This isn’t an indictment of you sir.   Just a note that sometimes even legendary leaders such as yourself make mistakes, and sometimes an ounce of humility goes a lot further than a loud speech that fades away after the next headline or a glib tossed off line that comes off more as arrogant than thoughtful.

We can justifiably blame city staff or management just like a NHL GM can fire a coach or trade a player, but at the end of the day it’s the guy at the top that’s ultimately responsible.

Editor – The Cornwall Free News – Still standing and not going anywhere with or without advertising dollars from the city.